×
Notice
This website or its third-party tools use cookies, which are necessary to its functioning and required to achieve the purposes illustrated in the cookie policy.
If you want to know more or withdraw your consent to all or some of the cookies, please refer to the cookie policy.
By closing this banner, scrolling this page, clicking a link or continuing to browse otherwise, you agree to the use of cookies.
To accept | Read more
Zurich
The whole website** 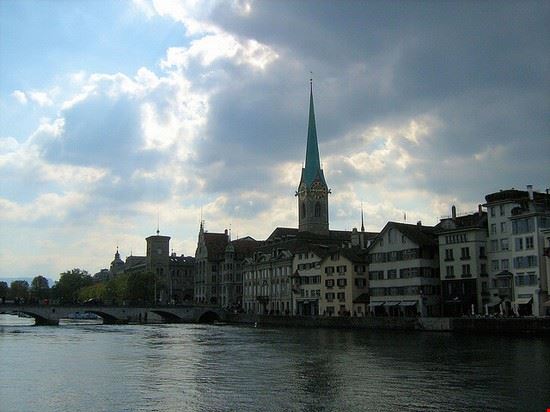 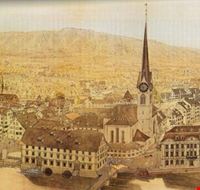 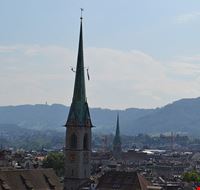 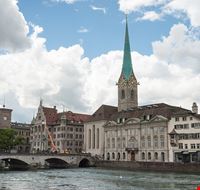 Zurich’s Fraumünster Abbey has a bold and rich history within the city. It could be said that it was the pivotal point around which the city developed until surprisingly late in its growth. I’m sure that if you’re planning a trip to Switzerland it will be somewhere near the top of your itinerary. In any case it should be as alongside its beauty it really is a privilaged window onto the history of this intricate and fascinating city.

The Abbey was founded in 853 by Louis the German for his daughter Hildegard. He endowed the Benedictine convent with the lands of Zurich, Uri, and the Albis forest, and granted the convent immunity, placing it under his direct authority. Then in 1045, King Henry III granted the convent the right to hold markets, collect tolls, and mint coins, and thus effectively made the abbess the ruler of the city!

Emperor Frederick II subsequently granted the abbey Reichsunmittelbarkeit in 1218, meaning that it was thus territorially independent of all authority save that of the Emperor himself, and increasing the political power of the abbess. The abbess assigned the mayor, and she frequently delegated the minting of coins to citizens of the city. However, the political power of the convent slowly waned in the fourteenth century. The abbey was dissolved on 30 November 1524 in the course of the reformation and the monastery buildings were destroyed in 1898.

The church building today serves as the parish church for one of the city's 34 reformed parishes.

Do you know Zurich? Tell us you opinion!

Jerry
You'd better book the hotel near the city of zurich, then you can take train to get the zurich, and more
ReviewLatestSmall-GetPartialView = 0,0040039