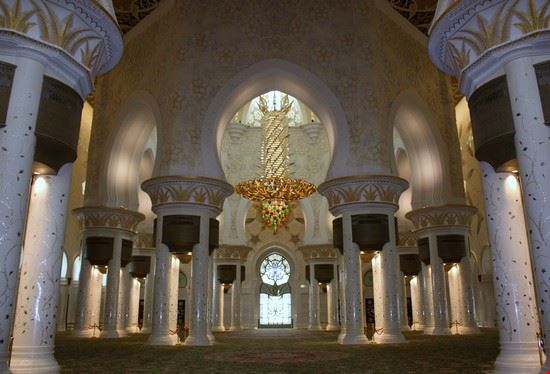 This mosque was opened for worship since Eid Al Adha in December 2007. The design for the mosque was inspired by the Mughal and Moorish mosque architecture. The carpet laid is the World’s Largest Carpet made by Iran’s Carpet Company.

This pristine white Mausoleum Mosque is a natural beauty with astounding proportion all around with equal approach of brilliant sunshine from all corners. Its a place any pious person would love spending some spiritual time with himself. Artistically could prick... more the senses of any common artist but my niece could be evaluating it architecturally. Beautiful architecture with extraordinary proportionism.

Do you know Abu Dhabi? Tell us you opinion!