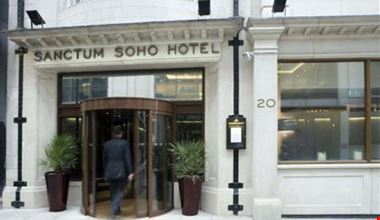 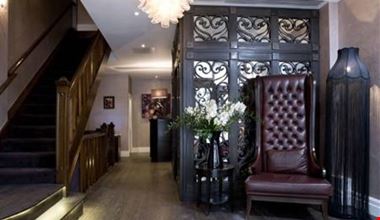 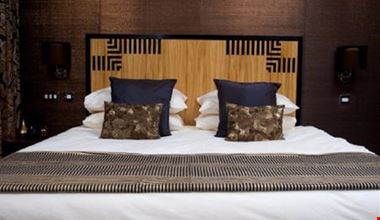 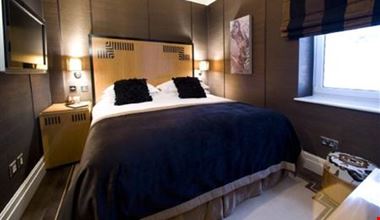 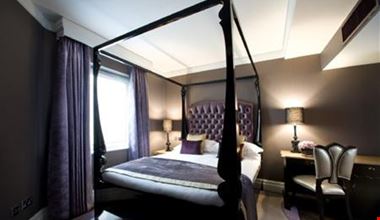 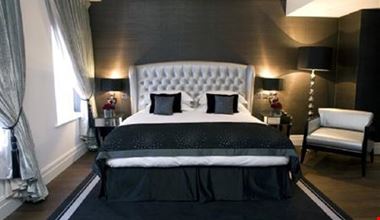 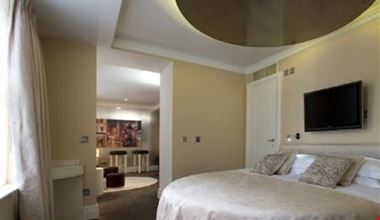 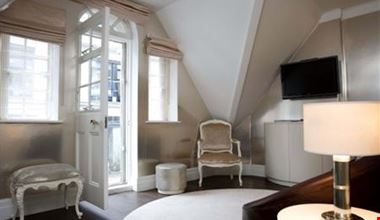 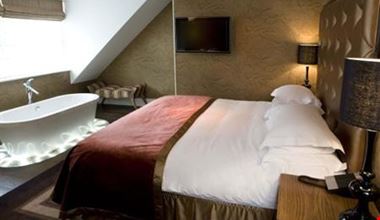 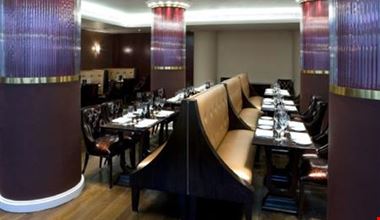 Sanctum Soho Hotel is an oasis of comfort, style and sophistication in the heart of London’s buzzing West End. Situated on Warwick Street, two beautiful Georgian townhouses have been converted into a sumptuous 30-bedroom boutique hotel - an exclusive and extravagant playpen for the most discerning of guests. Making the most of its quiet position, just off Regent Street, Sanctum Soho Hotel is within easy reach of the best that London has to offer - minutes from the shops of Regent, Bond and Oxford Streets, the theatres of the West End, and the desirable haunts of Soho and Mayfair. A celebration of edgy glamour and individuality, Sanctum Soho Hotel pays homage to Soho's history as a hubbub of artistic and bohemian life. From the underground cinemq to the destination restaurant, No.20, and roof-top garden with its 24-hour bar and al fresco hydro spa, your every indulgence is catered for. The beautiful interior design, courtesy of Lesley Purcell at Can Do, is perfectly complemented by ever changing artwork from London based artist Xavier Pick. In-room facilities have been carefully considered with the modern urbanite in mind and include REN amenities, Wii consoles and Wii Fit, Guitar Hero in Suites, iPod docking stations and state-of-the-art entertainment systems alongside much, much, more.
HotelDetailTopContainer-GetPartialView = 0,015624
AdvValica-GetPartialView = 0