University of Cambridge in Cambridge 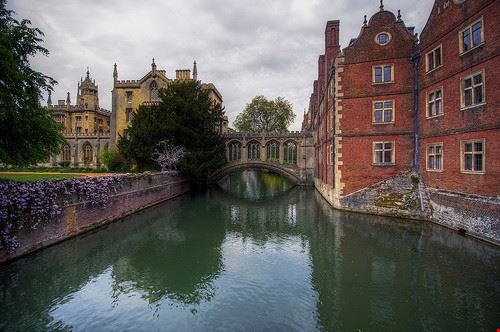 Cambridge is known best for the University of Cambridge. Situated at the heart of the high-technology centre Silicon fen, it is the second oldest university of the English-speaking world.

It includes the famous Cavendish Laboratory, King’s College Chapel and the Cambridge University Library. The university was founded in 1209 as a result of the association of scholars leaving Oxford due to some disputes with local people.

Jointly referred to as Oxbridge, Oxford and Cambridge have a long history of rivalry but also of cultural and practical association. The University currently includes 31 colleges of which three are for women only.

A number of significant discoveries and revolutions in the scientific world like the structure of DNA, the Laws of Motion and the Turing Machine were made by the alumni of Cambridge.

Do not miss out on the Mathematical Bridge and Clare Bridge, which have myths attached to them.

Do you know Cambridge? Tell us you opinion!

Landmarks and Historic sites near University of Cambridge

maria vittoria nuaros
The science museum is interesting, the explanations are well written, it's even free, and it's easily accessible and understandable for more
ReviewLatestSmall-GetPartialView = 0