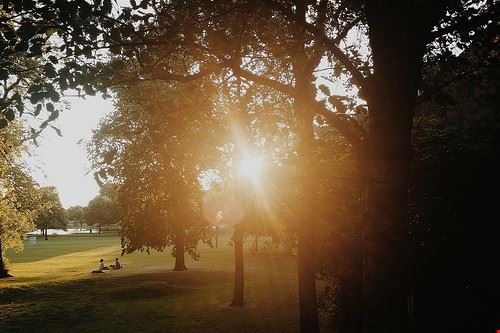 Queen’s Park is situated on the south side of Glasgow and was developed in the late 19th century. Presently, this park is thriving with lots of people visiting annually and it is possible to view the full expanse of Glasgow in a given direction.  There is an earthwork which runs over the top of the hill in the park and encloses at 120 meters by 100 meters.  There have been excavations in 1951 which revealed 14th century pottery.

Do you know Glasgow? Tell us you opinion!

Parks and gardens near Queen’s Park

Glasgow is the largest city of Scotland. This city of approximately 578,800 inhabitants is located within the low-lying plains in more
ReviewLatestSmall-GetPartialView = 0,0156263