×
Notice
This website or its third-party tools use cookies, which are necessary to its functioning and required to achieve the purposes illustrated in the cookie policy.
If you want to know more or withdraw your consent to all or some of the cookies, please refer to the cookie policy.
By closing this banner, scrolling this page, clicking a link or continuing to browse otherwise, you agree to the use of cookies.
To accept | Read more
London
The whole website** 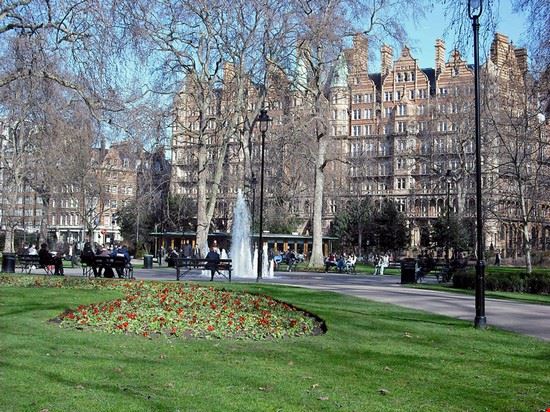 Russel Square in the center of London town is the largest square in London and is a focal point for all sorts of interesting happenings in the area. It is set in the wider Bloomsbury area that has been home to such notaries as T. S. Elliot, John Maynard Keynes and nowadays the much respected Amy Winehouse.  Added to this the man who invented the modern post-office was also a resident and is commemorated by a tasteful blue plaque set on his building.

Nowadays it is good for a breather in the middle of a truly breathless city.  The British museum is less than a minutes walk away and is obviously one of the best places in the city.  Just off the square to the north is the Bloomsbury Bowling Lanes, an underground pub and club and bowling alley which is always a good place to spend and evening even if the beers are distinctly central-London prices.

The highlight of this park though is the surprise fountain found in the middle of it. Surprise because it is at ground level and does not always run, leading people and pigeons alike to be surprised and sometimes soaks when it fires.

it is so romantic more
ReviewLatestSmall-GetPartialView = 0,0040039