City Guide about Boston with tips and reviews by travelers. 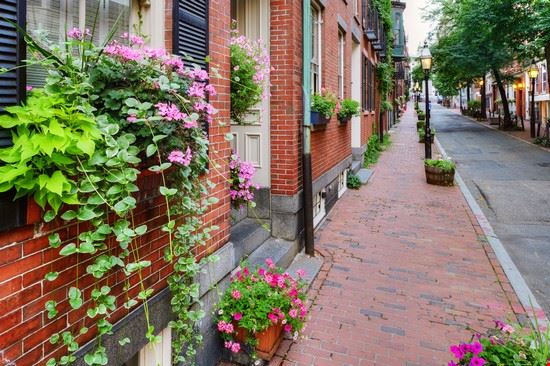 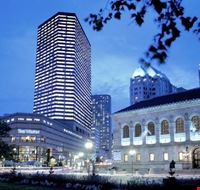 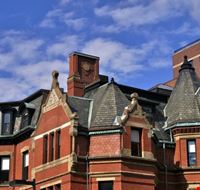 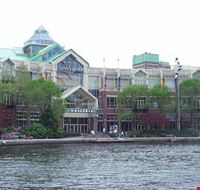 GuidePdfAppDownloadRow-GetPartialView = 0
East Coast means to many not only New York, but Boston where everybody knows each other and welcomes tourists!
The city is full of museums dedicated to events which belong to Boston’s past history!
The Freedom Trial in Boston’s Public Gardens, is a nice featured by red bricks in the pavement!
The Trial passes Park St. Church, once a gunpowder store, King’s Chapel, Boston’s first stone church, South Street Meeting House where the notorious Tea Party was planned, Old State House, wherte the British Governor resides and the so called Cradle of Liberty!

The italian area is interesting, too as it leads to Paul Revere’s House, the hero who informed his countrymen about the British army movement! The house is the oldest in Boston: 17th century!A nice spot where to get some relax, is no doubt, Faneuil Hall Market, where are to be found shops, cafés, boutiques, etc.Highly attractive for both residents and tourists are the sights of Cape Cod National Seashore and the south east of Boston!One of Cape Cod’s most popular summer resorts is Hyannisport, but no less interesting are Martha’s Vineyard and Nantucket Island!

Overall Guide : The African Meeting House, is the oldest black church in all America. The oldest war - ship all over the world, the U.S.S Constitution is housed in Charleston Naval Yard. Both H. Melville for his Moby Dick and C. Dickens... more took their inspirations here: Boston is such an extraordinary and wonderful discovery! The Boston Freedom Trail is a five kilometres walk in which fifteen sights are seen! The Boston National Historical Park Service offers a free 90 minutes' tour. Children’s Museum, busy and noisy at the same time, stands for both culture and learning! Nice, in summer, is to enjoy an evening out along the Carles River, close to the Charles River Bridge, a free open - air concert! Having time enough to satisfy any possibile curiosità are not to be missed: The Museum of Fine Arts, The Boston Massacre Site where five colonists were killed by The British soldiers in 1770, Castle Island which houses Fort Independence, The Institute of Contemporary Art, The African Meeting House, the oldest black Church in America, built in the 19th century.

Overall Guide : I live in the suburbs of Boston and let me tell you it is a beautiful city. It is not huge, which makes everything easier to get to. Go to the North End for authentic Italian cuisine and spend time... more on the Freedom Trail. One tip: traffic is awful there and the roads are always being worked on- be wary renting a car because it can be confusing, even for a local. The T is a pretty good way to get around.
Not to be missed Boston Harbor Islands , Freedom Trail , North End

Overall Guide : I have never been Boston but I think it's a cool place to be. I have family that just came from Boston to visit they said that is a great place to be, so I am think about visiting for... more Christmas too see what it is like...
Not to be missed Museum of Archaeology and Ethnology , The Franklin Park Zoo , Roxy in Tremont Hotel

Overall Guide : If you drive around Boston no not leave home without a GPS. Three right turns will not bring you full circle. Better to walk or better yet, bicycle your way around like thousands of others do. Friendly and safe but... more can be expensive. Wing it for a good time, the best of plannig willcertainly go wrong. Have fun.

Overall Guide : Boston is a nice city so i suggest to visit this city from time to time, it is known by its wonderful landscapes and it contain a lot of decoration, by this it can hase lot of visitors in the... more few years coming up.
Not to be missed pic nic , cumping

Overall Guide : To me is the most beautiful city in the world. It was my home for 13 yrs. I came from venezuela, my only problem was the cold weather, the rest, I love it until the day I die. Come to... more Boston.
Not to be missed Fenway Park , Boston International Antiquarian Book Fair , Faneuil Hall Marketplace

Overall Guide : I HAVE BEEN 4 TIMES TOU.S .A BUT I HAVE FALLEN INLOVE WITH BOSTON AT THE FIRST VISITI WISH I OULD GOBACK TO MY ETERNAL LOVER BOSTON.