City Guide about Santa Barbara with tips and reviews by travelers. 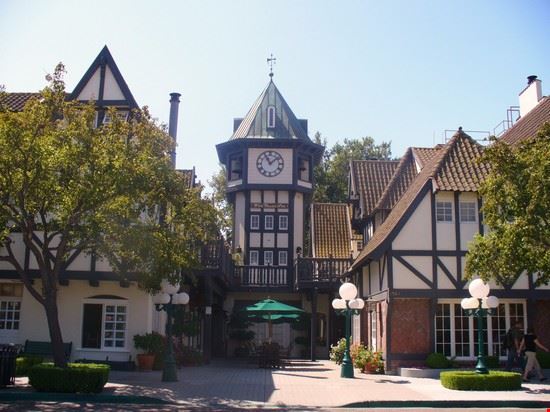 GuidePdfAppDownloadRow-GetPartialView = 0
Santa Barbara, often referred to as the American Riviera, is a city in California, United States. It is the county seat of Santa Barbara County with a population of over 92,000 residents. The city’s beautiful beaches, magnificent mountains and rich culture are instrumental in making Santa Barbara a sought after tourist spot.
Santa Barbara experiences a Mediterranean climate with cool, moist winters and dry summers. Throughout the year a constant and warm weather prevails. Spring, with all the flowers in bloom, is a nice time to visit.
Santa Barbara progressed rapidly and became a resort city frequented by celebrities and people alike. In the early 1990s, many filmmakers explored Santa Barbara and hundreds of films were made here. The tourism industry is the most notable source of revenue here.

Overall Guide : Santa Barbara offers its visitors interactive museums, theatres, film festivals and much more. Magnificent museums such as the Santa Barbara Museum of Art and the Santa Barbara Museum of Natural History have a delightful collection of historical artefacts. The Santa... more Barbara Museum of Natural History offers many exhibits besides housing a planetarium. The Channel Islands National Park has some unique flora and fauna. Here, visitors will find some exotic plants and animal species not found anywhere else in the world. The Arlington Theatre is a famous performing arts venue. Fiesta, as the name suggests is an annual event synonymous with food and music. It was earlier known as ‘Old Spanish Days’. Art lovers can revel in the Santa Barbara Arts and Craft Show wherein artwork made by local artists is displayed and sold by the artists themselves.