×
Notice
This website or its third-party tools use cookies, which are necessary to its functioning and required to achieve the purposes illustrated in the cookie policy.
If you want to know more or withdraw your consent to all or some of the cookies, please refer to the cookie policy.
By closing this banner, scrolling this page, clicking a link or continuing to browse otherwise, you agree to the use of cookies.
To accept | Read more
West Palm Beach
The whole website**

City Guide about West Palm Beach with tips and reviews by travelers. 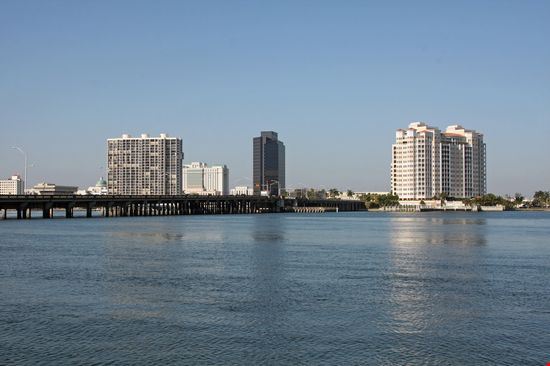 GuidePdfAppDownloadRow-GetPartialView = 0,0030026
West Palm Beach commonly known as West Palm is one of the most populous city in  Florida, United States. The city is also considered to hold the oldest municipality in Southern part of Florida. It is located in the northernmost part of South Florida. The population was recorded to be two lakh fifty thousand at the 2007 census and is one of the biggest cities in the Palm Beach County. According to the United States Census Bureau, the city is supposed to have a total area of about 58.2 square miles out of which 55.1 square miles is covered by land and only 3.1 square miles is in water. Thus a considerable portion of the city is covered by water. It has a true tropical climate and temperature never below 18 degrees. Even though the city experiences a humid climate the cold front reduces the temperatures to around 9 to 10 degrees. The city suffers from low to moderate rainfall throughout the year.

Overall Guide : West Palm Beach is one of the more popular night time spots because of the presence of cozy pubs, dance clubs, halls and movie theaters throughout the city that give tourists and visitors ample choices to spend their evening.  It... more also offers family fun, with the Palm Beach Zoo, the famous Florida Science Museum and world-class beaches. There are many beaches in the city thus adding to its beauty. Tourists often spend a good time here. Sun Fest which is Florida's biggest music and art festival takes place at the West Palm Beach every year in the month of May. There are several museums here justifying the civilization of the city. The Norton Museum of Art is the one of the most famous museums here which holds a beautiful and renowned collection of American, European and Chinese art and paintings along with the provision for holding exhibitions. The other places of tourist attractions include Trump International Golf and Club, Rapids Water Park, Palm Beach Polo and Players Club and Palm Beach Kennel Club.

Overall Guide : Palm Beach County Is the best place for a long sunny holiday. Perfect , warm water for fishing and relaxing beaches. Sailfish are routinely caught within sight of the beach. City is rich in arts and culture, great for family... more fun and entertainment, great shopping occasions with good prices and many things to do. I would recommend the Cityplace where all shopping and food lovers find all they need and more. It also consists of restaurants, theater , outlets and much more. Very nice, open people. Lovely
IntroReviewListContainer-GetPartialView = 0,0120115