The Monument of States in Kissimmee

Kissimmee Monuments and Historic Buildings: The Monument of States 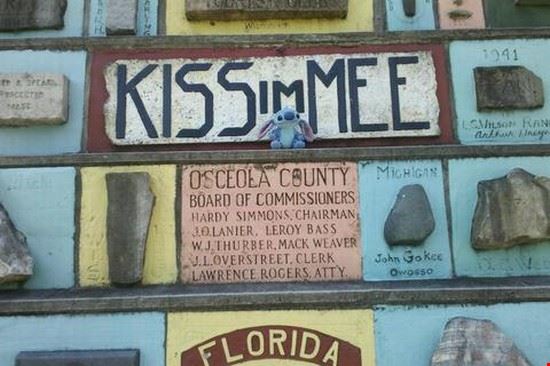 The Monument of States is one of Kissimmee’s most interesting attractions with a bit of history behind it.  In 1942, local businessman Dr. Charles Bressler-Pettis was looking to unite his fellow citizens of Kissimmee with a symbol of American unity in the midst of World War II.  Bressler-Pettis wrote to every governor at the time (as well as President Franklin D. Roosevelt) to send him local rocks.

One year passed by, and the Doctor received rocks of all different forms from the original 48 states, which he mortared into a 50-foot tall pyramid, thus creating the Monument of States.

After sixty years of some of Central Florida’s heat and humidity, the monument began to deteriorate in form, local employees gave it a much-needed facelift with a new flag and fresh coat of paint in 2001.

Located near Lakefront Park, on the corner of Jonhston Street and East Monument Avenue, admission is free of charge.  For more information, call (407) 847-2821.

Reviews The Monument of States

Do you know Kissimmee? Tell us you opinion!