×
Notice
This website or its third-party tools use cookies, which are necessary to its functioning and required to achieve the purposes illustrated in the cookie policy.
If you want to know more or withdraw your consent to all or some of the cookies, please refer to the cookie policy.
By closing this banner, scrolling this page, clicking a link or continuing to browse otherwise, you agree to the use of cookies.
To accept | Read more
New Orleans
The whole website** 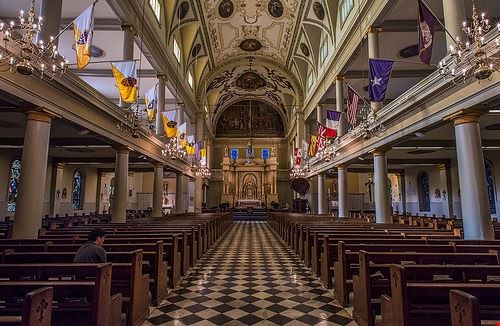 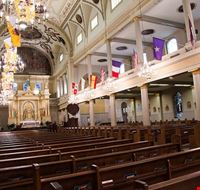 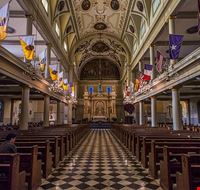 The St. Louis Cathedral and Cemetery situated at Jackson Square in New Orleans, was a Roman Catholic Church founded in 1729.

The cathedral was destroyed in a fire two times, but was rebuilt in 1794.

On the right of the structure is a Pirates alley which leads to a beautiful garden behind the cathedral and to the left is the Faulkner House where the artist Faulkner wrote his novel ‘A soldier’s Pay’.

The cathedral has historical significance as it is believed that Andrew Jackson laid his sword on the altar of the cathedral for his victory in the battle in New Orleans and Pope John Paul II also visited this place.

The interior of the church has serene surroundings with a number of murals, symbolic decorations in Renaissance style and ornately coloured glass windows displaying the life of King Louis IX of France who later was made a saint.

Do you know New Orleans? Tell us you opinion!

Came here expecting to have a not so great time, but with all the renovations before Super Bowl during Christmas more
ReviewLatestSmall-GetPartialView = 0,0040039