×
Notice
This website or its third-party tools use cookies, which are necessary to its functioning and required to achieve the purposes illustrated in the cookie policy.
If you want to know more or withdraw your consent to all or some of the cookies, please refer to the cookie policy.
By closing this banner, scrolling this page, clicking a link or continuing to browse otherwise, you agree to the use of cookies.
To accept | Read more
Fort Lauderdale
The whole website**

Information about Stranahan House in Fort Lauderdale: opening hours, how to get there, contact details 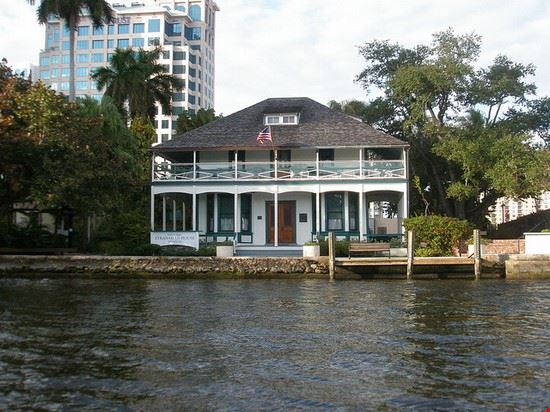 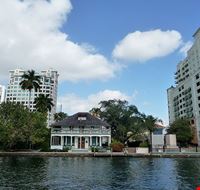 The Stranahan House has been many things over the years. Built in 1901 as a trading post, it has been a post office, community center, town hall, private residence and restaurant.

Today, it's a museum that marks the eastern end of Fort Lauderdale's River Walk and is a launching site for ghost hunters, attracted by the stories that have surrounded the house since Frank Stranahan's suicide by drowning during the Great Depression.  The house's history is Fort Lauderdale's history. Stranahan was one of the city's first settlers, and his wife, Ivy, was the first school teacher. Many claim the legendary couple has refused to fade into history, even in death.

Non-spooky group tours can be booked in advance every afternoon. Three different varieties of ghost-related tour can also be booked at Florida's most-haunted site.

The Stranahan House is built in a vernacular style in Florida and has also served as a trading post, bank, post office and a town hall. It was also restored to its 1913 configuration and is a must see historic... more building. This house is the eastern anchor of River Walk and there is also a linear waterfront park which connects the city’s historic story and anchored by the Performing Arts Center and the Museum of Discovery and Science. There are guided tours to visit the house where one can experience the historic place way of living of people.
AttractionDetailReviewList-GetPartialView = 0,0060055

Do you know Fort Lauderdale? Tell us you opinion!

Laalamani Kumar
Although the summer season is cheaper to visit the city of Fort Lauderdale, the visitors flock to this city year more
ReviewLatestSmall-GetPartialView = 0,0030039