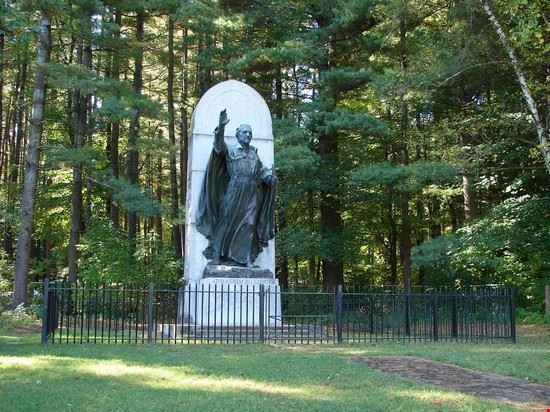 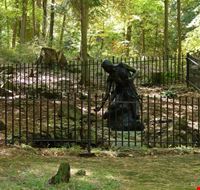 Nestled into to Lake George, New York is a land that is a historical battle site and has a rich war legacy. The Lake George Battlefield Park on Beach Road echoes with voices from the French & Indian War as well as the American Revolution. What is now a vibrant lake-front park site once hosted many momentous battles in America’s history. The significance of each area throughout the park is identified through signs and monuments arranged as you explore the area.

The Battle Monument of King Hendrick and Sir William Johnson marks the site of the second engagement of the Battle of Lake George in 1755. There is also an Indian Fountain in the park, which represents a time when Native Americans roamed the area peacefully. In addition, the park features a monument to Father Isaac Jogues, a Jesuit priest a missionary from Orleans Frances who was the first white man to view Lake George. With such a plethora of history to be told, the park often holds specials events, such as reenactments, to commemorate the history of the Lake George Battlefield.

Not only is this park a historical oasis, but it provides a stunning view of Lake George and the scenic mountainous backdrop that will make you pause in awe. There is a picnic area to enjoy a peaceful snack by the prismatic waters. The park provides 35 acres of vast open spaces enhanced with bouts of trees and vegetation, perfect for lounging in the shade or relaxing in the sun.

Do you know Lake George? Tell us you opinion!