×
Notice
This website or its third-party tools use cookies, which are necessary to its functioning and required to achieve the purposes illustrated in the cookie policy.
If you want to know more or withdraw your consent to all or some of the cookies, please refer to the cookie policy.
By closing this banner, scrolling this page, clicking a link or continuing to browse otherwise, you agree to the use of cookies.
To accept | Read more
Saint Louis
The whole website** 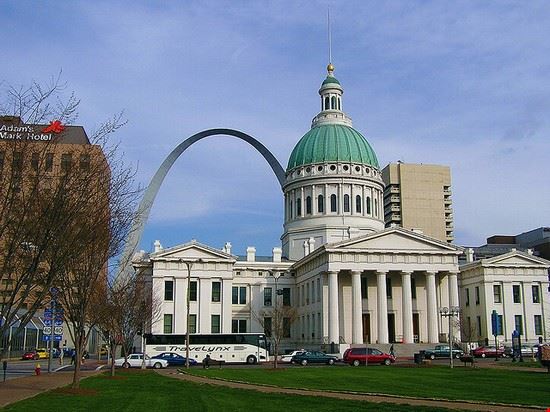 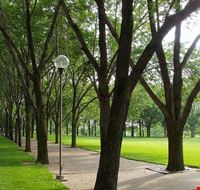 Beneath the identifying icon of the city of Saint Louis, the Gateway Arch, is the Jefferson National Expansion Memorial, a park that honors the geographical growth of the United States.  The 91-acre memorial was established along the Mississippi River in 1935 as a tribute to the Louisiana Purchase and the subsequent pioneer movement, the first civil government west of the Mississippi River, and the debate over slavery raised by the Dred Scott case. It is appropriately located near the starting point of Louis and Clark’s expedition.

The monument was created as homage to President Thomas Jefferson’s contribution to the western movement of the United States. The park consists of the Gateway Arch, the Museum of Western Expansion and the Old Courthouse.  Vibrant gardens and brilliant green lawns decorate the paths that lead throughout the park, allowing you to walk on the same ground tread by Lewis and Clark centuries ago. Even just the stunning view of the shimmering Mississippi River is enough to make this park a worthwhile attraction. For information, call (314) 655-1700.

Do you know Saint Louis? Tell us you opinion!

Robert Bale
St. Louis is famous for some of the tallest building in the region such as One Metropolitan Square and One more
ReviewLatestSmall-GetPartialView = 0,003003