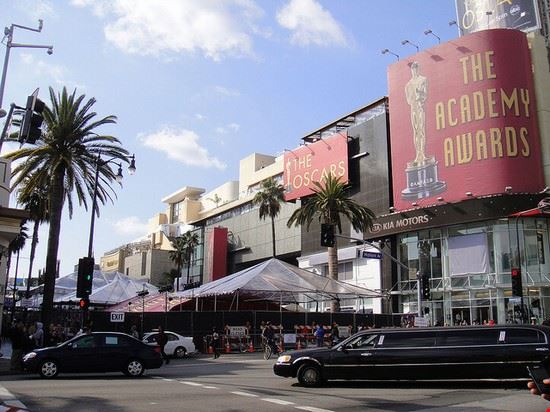 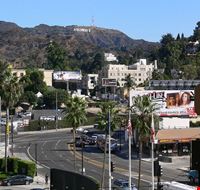 It is quite possibly the most recognizable piece of signage in the entire United States; the town where it’s mounted is legendary across the world for its glamour and cultural permeation. Hollywood in Los Angeles, California is an icon around the globe as the birthplace as Mecca of the movie industry. Hollywood is synonymous with glitz, bursting with beauty and crawling with celebrities. It is one of the most iconic and glamorous American tourist experiences there is that will be the highlight of your trip to Los Angeles.

The Hollywood & Highland area contains some of the most mesmerizing and relevant sites in the movie industry.  First, in the heart of Hollywood is the enormous Kodak Theatre, which has been the home to the Academy Award since 2001. This spectacular 3,332-seat theater hosts guided tours so that visitors can get a glimpse into what it’s like to sit through the Hollywood’s biggest night—the Oscar’s.  Outside the Kodak Theater is the path where the world-famous red carpet would normally await celebrities to arrive on Oscar night and be greeted by thousands of flashes from the paparazzi’s cameras. Even without the carpet there, tourists can almost feel like celebrities themselves.

The Hollywood Walk of Fame is another exciting attraction in the area. This tribute to stars who have made a resounding impact on the industry allows visitors to follow a chronological history of Hollywood’s entertainment industry.

In addition to the classic attractions, the area has incredible shopping and dining experience of a caliber expected from a luxurious town like Hollywood, California. Here, you’ll find high-end designers like Louis Vuitton and BCBG Max Azria, a plethora of gourmet and casual dining, and hot nightlife spots at Hard Rock Café, the Highlands Hollywood nightclub and Level 3 night club. There is also Spa Luce, a lavish spa where you can treat yourself to a skincare or body indulgence. In fact, Hollywood is the type of town that’s all about indulging, so when you visit, you’ll definitively want to go all out and visit everything.

Do you know Hollywood? Tell us you opinion!