City Guide about Melbourne with tips and reviews by travelers. 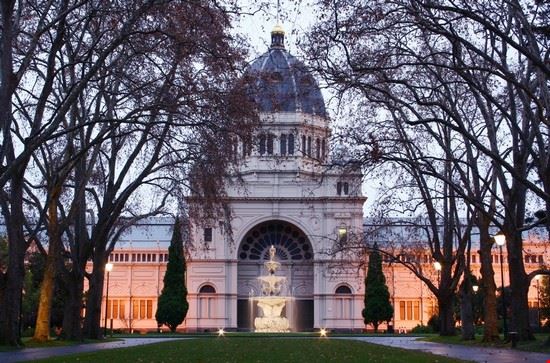 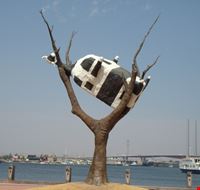 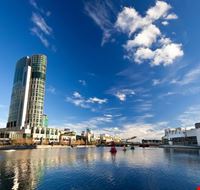 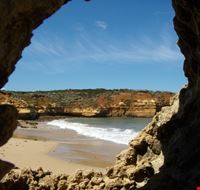 GuidePdfAppDownloadRow-GetPartialView = 0
Melbourne, one of the ‘world’s most liveable cities’, is located in the southeast corner of the Australian state of Victoria. It is generally regarded as a more sophisticated counterpart to Sydney.
Melbourne is located at the apex of one of the world’s largest natural bays, Port Philip Bay, and enjoys a variety of weather conditions throughout the year. There are four distinct seasons free of extremes and the weather is notoriously changeable; it is said that one can sometimes experience all four seasons in the course of one day!
Melbourne is Australia’s second-most populous city, with 3.7 million residents. It was originally founded in 1835 as a pastoral settlement but has transformed into a booming, vibrant, cosmopolitan metropolis. It is widely renowned for its patronage of the arts and its unique culture.

Overall Guide : The first stop for visitors to the city should be the convenient Melbourne Visitor Centre at Federation Square—which is located opposite the iconic Flinders Street Station—for information on shopping, attractions and local events. Melbourne is home to some stunning examples of... more Victorian architecture, such as the Melbourne Cricket Ground, World Heritage Royal Exhibition Building and Flinders Street Station. The city is also host to one of the world’s largest tram networks; a popular tourist activity is a ride on the free City Circle Tram, which takes visitors on a tour of the city’s prominent areas. Melbourne is a haven for sports fans and is widely acknowledged as Australia’s sporting capital. It is host to several major tennis, motor sport, Australian rules football and cricket sporting events every year. Gambling is also a popular activity in Melbourne, with the Crown Casino located on the south bank of the Yarra River.

Overall Guide : Melbourne is a new world gem. It's by no coincidence that it has earned top place as the most liveble city in the world. In Melbourne there are a lot of activities going on simultanously. So if you're in Australia... more and missing Europe's culture, this is "the place to be". Melbourne is also surrounded by beautiful countryside and impressive National Parks which is an added plus.
Not to be missed Flinders Street Station , St Kilda Beach , Albert Park

Overall Guide : I love this city, its people, culture,and life style in general. It is a livable city where a family can be raised, where there are opportunities for children to learn and adult. I will call it a land of peace... more where development will for ever be. Its people are thoughtful and very kind. I will forever love Melbourne, Australia
Not to be missed Old Melbourne Gaol , Melbourne Skydive Centre

Overall Guide : Keep on making Melbourne the most favourite destination in the world. The Melbourne City is just perfect for place to hang out and enjoying old architecture, more tourism attraction added since last time I was in Melbourne in around latest... more 1996. Fantastic experience and such a great city to visit
Not to be missed Aquarium , St Kilda Beach

Overall Guide : It's a great city ... A word of advice? You have to try a coffee from Pellegrini's: it's a very Italian 60's style cafe (it's always been that way). Coffee and simply delicious meals. A 'must' for those visiting Melbourne.

Overall Guide : I visited Melbourne in 2010 to attend a educational conference (ICAP2010). Its a dream place for me and i enjoyed lot there. Its a neat & clean and well managed city in all respect. If i get chance in my... more future to visit the city again, than i don't want to miss the chance.
Not to be missed City Circle Tram , Crown Casino , Flinders Street Station

Overall Guide : found the people most friendly, the public transport was amazing and the fact that one can walk in the city without having to look over ones shoulder. Could easily live there
Not to be missed St Kilda Beach

Overall Guide : Nice place 4 see, we enjoyed it and have a lot of fun with family u should go there and enjoy with your family

Overall Guide : I do not but I am a student and like to study in Melbourne