City Guide about Townsville with tips and reviews by travelers. 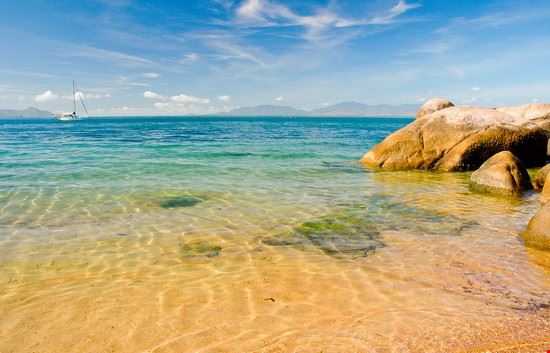 GuidePdfAppDownloadRow-GetPartialView = 0,0156271
Townsville was founded in 1864 and was declared a city in 1903. It is located in Queensland, Australia, 1,500 km north of Brisbane. The topography of the city is marked by mountainous and coastal regions.
Townsville has a dry tropical climate with the average daily temperature ranging from 19°C to 29°C. December is the warmest month of the year, while July, the coolest. The region does not receive much of rainfall.
During the Second World War, Townsville served as a military base for Australia and was also America’s largest overseas airbase. Thus, there are a number forts built in this region.
Rich in culture and history, Townsville was discovered by Captain Cook in the mid-nineteenth century. With a population of 1,65,059, the indigenous people of Townsville comprise migrant Islanders.