City Guide about Calgary with tips and reviews by travelers. 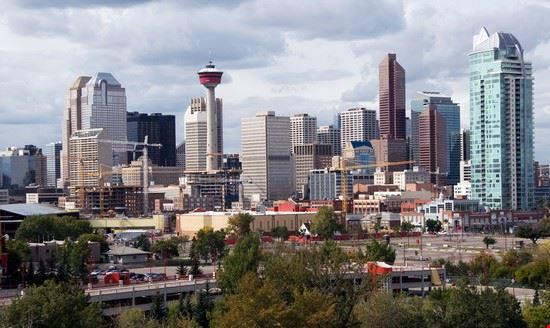 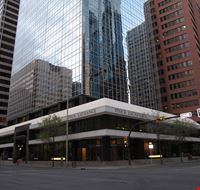 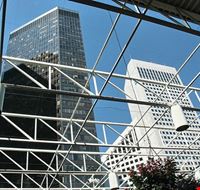 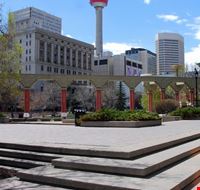 GuidePdfAppDownloadRow-GetPartialView = 0
Calgary, in Alberta, is located on the foothills. This metropolitan city is known for its ecotourism and sports. With a population of about 1,000,000, Calgary is a booming economy domineered by the oil and gas industry.
The climate in Calgary is greatly influenced by its altitude and rocky hills. It has a continental climate, wherein the summers are short and dry, and the winters, long and variable. The best time to visit Calgary is from June to September as the lakes dissolve to expose their serene blue water, which makes for a spectacular sight.
Incorporated in 1884, Calgary began to grow into a significant economic and agricultural centre with major activities revolving around oil and gas.

Overall Guide : The most prominent event which draws tourists to Calgary is the annual festival, Calgary Stampede, which is held in July. It features competitions, stage shows and concerts for the people. Calgary has an all-embracing mix of restaurants and cafes, shops and... more boutiques and cultural sites. Popular for its spectacular view of the city, the Calgary Tower stands as an important landmark. The Devonian Gardens, among the largest indoor gardens in the world, is located at the TD Square, which is a famous shopping centre. Prince’s Island Park is a popular park in Calgary, with one of city’s premium restaurants, River Cafe, situated here.

Overall Guide : I really love whole Canada. and I also love Calgary too. Its the best thing ever like you could have fun in all the museums and parks . its the best place ever . if you want to eat you... more will find many near places and the truth the food is delicious . if anyone asked me about were to go for the vacation I will say CALGARY .
Not to be missed Fort Calgary , Plaza Theatre , Historical park

Overall Guide : I loved it 30 years ago. I have been back only briefly since then. My son is visiting now for 2 weeks who was with us 30 years ago. Back then I found the people very friendly.
Not to be missed Bike trails , Mountains , Restaurants,shopping

Overall Guide : I am happy with Calgary. Its a beautiful city by all the aspects and it has a wonderful views. It is a city of civilized people and they are very cooperative. It is a safe city. Environment is charming and... more besides the all things it is a place of entertainment, I Love Calgary and never want to leave it :))

Overall Guide : Very nice city. People are friendly & helpful. Lots to do but you need money as everything cost a lot.
Not to be missed Zoo , Glenbow Museum , Stephen Avenue Walk