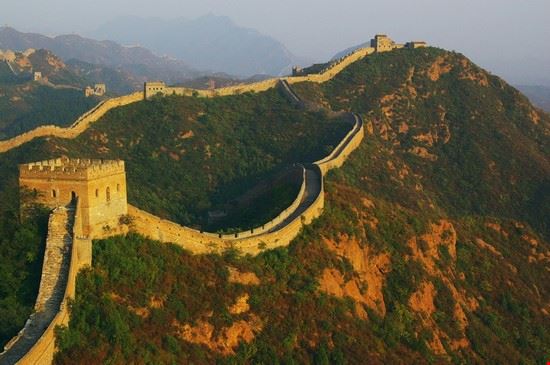 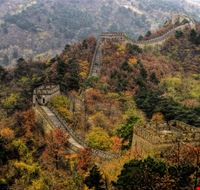 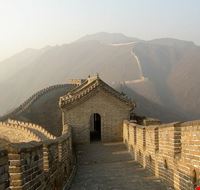 The Great Wall of China extends for about 6,700 km from east to west China.

The Great Wall of China began being built in the seventh century BC to protect the Chinese Empire from invaders. It began as a series of independent walls that was united to form the Great Wall during the reign of the Qin dynasty.

The Wall extends westward, across different terrain, from the bank of the Yalu River to the foot of the snow-covered Qilianshan and Tianshan mountains. It has several barracks and signal towers, which were used to store weapons and for communication.

The four most popular Great Wall of China sites are Badaling, Mutianya, Simatai and Shixiaguan. Of these, the Badaling site attracts the most tourists since it is easier to climb and is situated closest to Beijing.

In 1987, UNESCO rightly declared the Great Wall of China as a World Heritage Site.

There is a saying in China " He who has never been to the Great Wall is not a true man". Never a truer word has been spoken! The Great Wall, symbolizing China's ancient civilization, is one of the eight... more wonders of the world. It is a must-see place for every first time or even regular travellers to Beijing.There are currently six Great Wall sections opened to the public. They are Badaling, Mutianyu, Juyongguan, Huanghuacheng, Jinshanling, and Simatai. Each of them have their own special features and are well worth visiting.