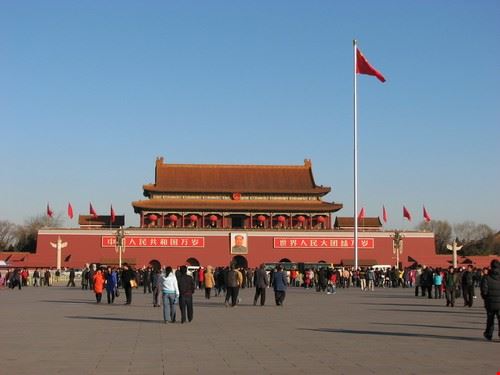 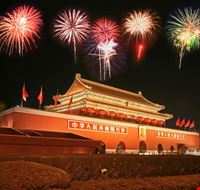 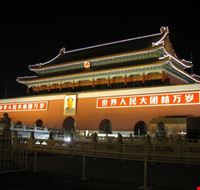 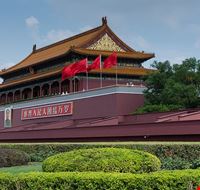 Tienanmen Square is a large city square situated in the heart of Beijing.

Named after the Tiananmen Gate, it is known as the largest city square in the world, spread over 440,000 square miles.

It has huge cultural significance, being the site of some of the most important events in the Chinese history.

Thousands of people, both locals and tourists, visit the Square eash year.

This is a must do when in Beijing.

Nearby sights worth exploring here are the Tiananman Tower, Great Hall of People, Monument to the People’s Heroes, IMperial Gardens, and Peoples palace.

Tiananmen Square, located in the centre of Beijing, in front of the Imperial Palace, has a unique cultural significance. The site is a symbol to numerous key proceedings in Chinese history. The square has a total area of 440,000 square... more meters which makes this structure one of the largest open-urban squares in the world. Along with Tiananmen Square, visitors can also visit the Monument to the People's Heroes, Tiananmen Tower, Mao Zedong Memorial Hall and the Great Hall of the People. The Tiananmen Tower located to the north end of the Square was built in 1417. The tower was used to make a royal declaration to the common man. The Monument to the People's Heroes, was built in 1952. The monument displays sculptures depicting the development of Chinese modern history. The West of the Square, erected in 1959, is a site where the China National People's Congress meetings and other political and diplomatic activities are held.

I think you all need to come at this place this month and this year. There are things to see there. Tourists don't come here for free, they always take something back with them as they leaves. Beijing, China always... more welcomes you any time.
AttractionDetailReviewList-GetPartialView = 0

Sandro Motroni
I went to Beijing on my honeymoon. I went there in June (it's hot and humid). There's the Summer Palace, more
ReviewLatestSmall-GetPartialView = 0