×
Notice
This website or its third-party tools use cookies, which are necessary to its functioning and required to achieve the purposes illustrated in the cookie policy.
If you want to know more or withdraw your consent to all or some of the cookies, please refer to the cookie policy.
By closing this banner, scrolling this page, clicking a link or continuing to browse otherwise, you agree to the use of cookies.
To accept | Read more
Quito
The whole website**

City Guide about Quito with tips and reviews by travelers. 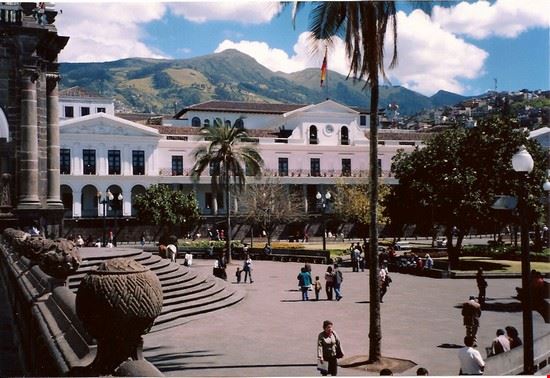 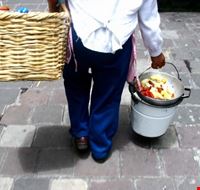 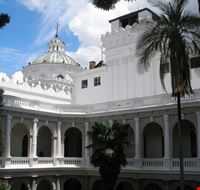 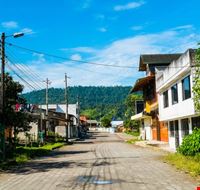 GuidePdfAppDownloadRow-GetPartialView = 0,0030035
Quito, the capital of Ecuador, is situated in a long valley surrounded by the peaks of the Andes, about 2850 metres above sea level. The impressive natural beauty of the surroundings is complemented by the amazing history of the city. Originally inhabited by Quitus and Shyris, the city was later conquered by the Incas. Rather than surrender to the invading Spanish in the XVI century, the Incas razed the city to the ground and took refuge in the surrounding mountains.
Quito’s Old Centre was constructed by the Spanish on the site of the ancient Inca city, and was named a UNESCO World Heritage Site in 1978. Strolling through the winding streets lined with colonial architecture, it is easy to be transported back in time to when these plazas were the sites of some of the most famous battles in Ecuador’s history. The city today is divided into a number of different areas, known as sectores, including the Old Centre, Guapulo, La Foresta, and the charming tourist area of the Mariscal.

Overall Guide : Quito is home to numerous museums, including the museum of Guayasamin, Ecuador’s most famous contemporary artist. At the south end of the colonial district, El Panecillo affords both a panoramic view of the city and a close-up of... more the grandiose statue of the winged Virgin. Another popular site is La Mitad del Mundo, or ‘The Middle of the World’, the monument marking the spot where, in 1736, the location of the equator was verified. This site also houses a planetarium, museum and restaurants. Park Ejido is home to Quito’s weekend markets, but a day trip to Otavalo is more than worth the effort, as artisans, weavers and other vendors sell their wares seven days a week. Smaller markets are also held in nearby towns such as Guangaje and Zumbagua. A number of activities are on offer in the surrounding mountains, catering to all tastes. The more relaxing include bathing in the natural springs of Papallucta, or taking in archaeological sites such as the pre-Incan pyramids at Rumicucho and Pambamarca and the burial mounds at Haienda Zuleta, while active types can participate in horseback riding, mountain biking, white-water rafting, or, most exciting of all, paragliding from the volcanic peak of nearby Pichincha.

Overall Guide : It's a very historical place. It has the most beautiful monuments you could have seen. It is a very educational for kids and adults as well. Wherever you look, there is history. The monuments are the star attractions there are... more many kinds of monuments. Even a day is enough to see that you would love to come back to Quito.

Overall Guide : A beautiful city. I like Quito at night, very nice, the food is good too.
Not to be missed La Boca del Lobo , San Francisco Universidad , El Parque la Alameda
IntroReviewListContainer-GetPartialView = 0,0140132