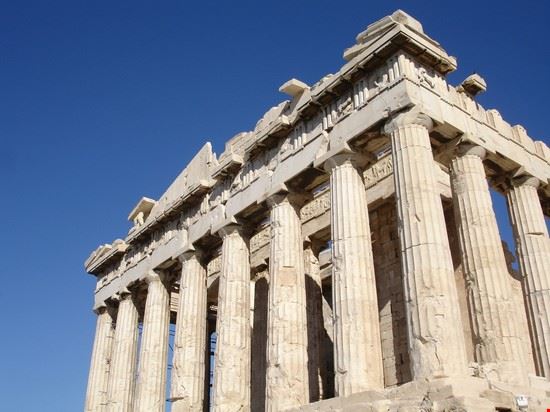 The Parthenon is situated at the centre of the Acropolis of Athens, Greece.

The Parthenon, or the Temple of Athena Parthenos, was built in a span of 15 years and is truly an architectural masterpiece. Since its construction, its identity has undergone a number of changes from being a temple to a church, and then a mosque, eventually becoming a storage house for gunpowder under the Ottoman Empire.

The Acropolis (which literally means upper city) offers a spectacular view of the city of Athens. Essentially, built on a flat-top rock in Athens, the Acropolis houses several archaeological remains and wonders from the yesteryears, the Parthenon being the most significant. The Herod Atticus Theatre, which was built by the Romans, is situated near the Acropolis and still hosts a number of concerts, performances and ballets.

Do you know Athens? Tell us you opinion!