City Guide about Nellore with tips and reviews by travelers. 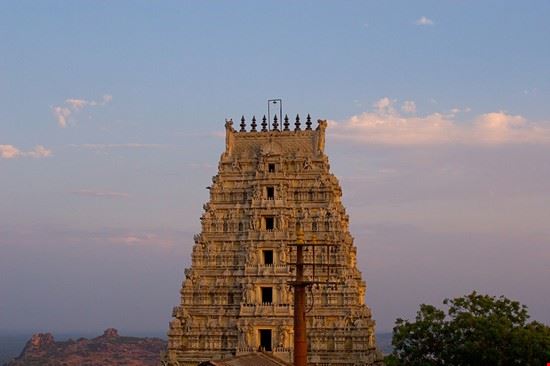 GuidePdfAppDownloadRow-GetPartialView = 0
Nellore is a city which is situated in Andhra Pradesh. It is also the headquarters of Nellore district. As it lies between the cities of Madras and Vijayawada, it is of a strategic commercial importance for the people. The city is situated on the banks of the Penna River.
Nellore is famed for its production of agricultural products like rice and mica and for temples like Ayyappa Temple, Narasimha swami konda too. The Sri Rangananthaswamy Temple in Nellore is situated on the banks of the Penna River, which dates from the 12th century.
The average elevation of Nellore is 18 meters and this city is frequently affected by cyclones. In the summer season, water is scarce in some parts of the city and some of the surrounding districts are Chittor, Cuddapah and Ongole.  The places which are near to this city are also hugely populated like Kovur, Kavali and Sriharikot. Venkatagiri is also an ancient town in Nellore district.

Overall Guide : The one of the best and peaceful cities in Andhra Pradesh. Lots of tourist places and best dining experiences.The best place for food lovers, with cool and best service. there is an easy connectivity to nellore. The NH5 (Chennai-Kolkata),is passing... more through Nellore, 170Km from Chennai city (3 Hours) and 150Km (3 Hours) from from the world famous piligrim centre Tirupati.

Overall Guide : I luv Nellore, its really very good and its very intresting to shop in the streets of kapu veedi and its famous for education. Narayana was first started in nellore, now its one of the largest educational society. It's famous... more for temples and also it's famous for sea foods mainly fish many of the hotels of nellorians were famous for their food where ever we go.

Overall Guide : It is a developing city in this city. But drainage facility is very poor. At raining season very ugly in the city, in the area of nawabpeta FCI colony R.K.Nagar peoples are suffering with lot of problems like un-availability of... more drainage canals, cement roads, dustbins not providing by the municipal authority. But it is a safe city.
Not to be missed Ranganatha Temple , srikamakshithai temple jonnawada , rain theatre

Overall Guide : it is famous to food and also pilgrim area, the people nice and helping nature and it is the one of the best district in AP, many monument and factories and cinema, theaters are there. You never get this much... more of food though out the world and also educational place one university also there if you ones seen the nellore city you feel better and get a excitement

Overall Guide : Drainage system is very poor masquites are more traffic control also not proper roads are narrow streetlighting also to be improved mainly in outskirts.Crime rate also to be taken into consideration.In other aspects it Is OK. In summer too hot... more more Trees to Be planted.selfdesciline is utmost important to keep the town clean.

Overall Guide : very very hot place. Can find anything from food, clothes, fruits, flowers. Everything except land at affordable prices. People helpful. House rents not very steep. Traffic not that controlled. Every second person spits on the roads. Narrow roads except by-pass.... more In one word it is like any other developing town in India.

Overall Guide : nellore is a nice city and i love this place nellore is famous for food items and people of nellore are very nice its's my birth place i'am proud to being a part of nellore. Now i'am in hyderabad but... more i miss nellore my school collage life and specially my friends

Overall Guide : It is a city of happyness and joy because there no floods and space seter baches and itis vert nerto other states, there are temples like narsima konda pencila kona and ranganayakala swamy and it is ver near to tirupati.... more There is many job options in this town and cricket paler adopted a village in our town

Overall Guide : Nellore is one of the peaceful area, it is inbetween rayalaseema and coastal andhra. No factionism has got historical importance. No of educational institutions. Help ful nature best theaters in total ap food is nice. But illiteracy has to be... more eradicated.