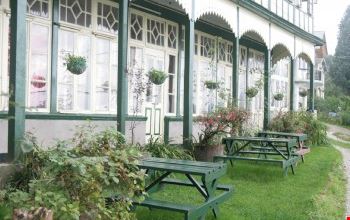 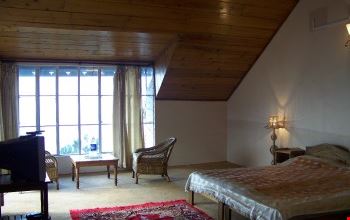 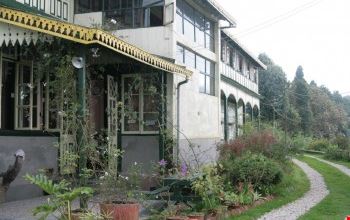 The Olde (Main) Bellevue Hotel at Darjeeling was established on or around 1872, and represents the best of colonial “Raj” architecture.Built at the same time and in the same traditions as other “Raj-style” buildings such as the Darjeeling Planters’ club and other tea plantation bungalows, it is one of the longest established heritage hotels in Darjeeling district. Despite being a heritage property it is reasonably priced and benefits from having been a family run establishment all through its history. It was owned by an English lady until 1942 when it was bought by the present owners’ family who have held it now for three generations.The hotel has been consistently referred to and recommended by various guides such as the Le Guide du Routard (the highly regarded French travel guide), Rough Guide (India), Footprint India Handbook, Lets Go India, Discovery Channel Insight Guide and of-course Lonely Planet. The hotel has as its guests, a number of group tours (including motor-cycle and bicycle tours as well as “dragoman-style” coach tours) for their stay in Darjeeling and has been awarded by return visits every year. The hotel has also hosted meditation, and other (particularly Buddhist) teaching camps.
HotelDetailTopContainer-GetPartialView = 0,0156263
AdvValica-GetPartialView = 0
HotelDetailAmenityDescr-GetPartialView = 0
MapSinglePin-GetPartialView = 0
CommonPluginEuropeAssistence-GetPartialView = 0

Where to Buy
Stores and shopping malls
90 m