Things to Do in Andhra Pradesh: Places to see, attractions and main cities

Among the best places to visit in Andhra Pradesh, Hyderabad is probably the fist one.

Due to the imminent spread of Information Technology this metropolitan city is also known as ’Cyberabad’.

Hyderabad is well known for its pearls due to which it has attained the name,‘The city of pearls’.

In Vijaywada Bhavani island, Kondapalli fort and Rajiv Gandhi park are the star spots which are a must see.

Located in the core of Andhra Pradesh, this city is also known as Bezawada.

The most delicious mangoes are grown here and this region is prominent for its practice of pickle making.

Amongst the hilly regions of Chittoor district lies the temple town of Tirumala at an elevation of 860m with Tirupati at its foothills.

Tirupati is famous for its Venkateswara temple popularly known as ‘Tirupati Balaji’ which attracts millions of pilgrims to it each year.

Vishakapatanam is also known as Visag and it is one of the second largest cities of Andhra Pradesh.

Earlier a fishing village, it metamorphosed into a port town under the British rule and is now a full fledged industrial and commercial city.

The most famous attraction of this place is the Dolphin’s nose apart from Rama Krishna Beach, Vuda Park, Bavikonda. 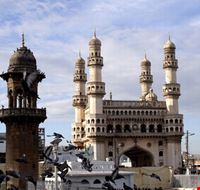 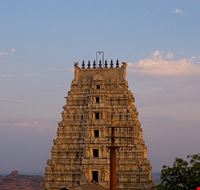