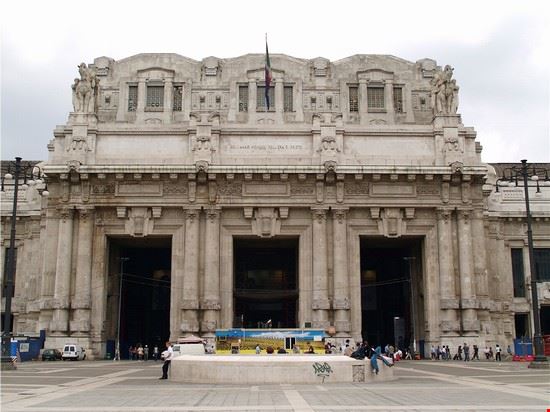 Central Station is also locally known as Milano Centrale and is the main railway station in Milan, Lombardy.

Known as one of the main European railway stations, it is a railway terminus which was officially inaugurated in the year 1931 replacing the old one, built in 1864. Around 600 trains travel to this terminal per day used by more than 320,000 passengers per day.

Do you know Milan? Tell us you opinion!

Getting around near Central Station

Linate Airport
Getting around
10,36 km

Public transport and funicular in Bergamo
Getting around
43,15 km

Valentina Roncolato
If you want to eat well you have to go to Brera, a very nice area where you can find more
ReviewLatestSmall-GetPartialView = 0