City Guide about Cagliari with tips and reviews by travelers. 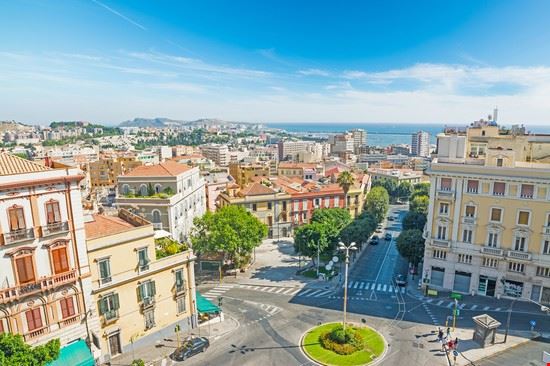 GuidePdfAppDownloadRow-GetPartialView = 0
The city of Cagliari has been in existence since ancient times. This city is rewarded by natural landscapes and a pleasant climate. The city has a perfect location with respect to the geographical features. The city on one side is surrounded by the sea and on the other side it has vast stretches of fertile plains. It has many green mountains and hills to add to its beauty.
Till date this city has had many rulers by many dynasties. From ancient times there have been wars for holding the control of this city just because it’s excellent geographical location and extremely fertile soil. The first one to rule this city was the Roman Empire.
After them many came and put their hold in this city.  Some names amongst them are the Pisan, the Aragon, the Australian Hadgsburg and the French revolutionaries. Now in the modern era the city of Cagliari is developing at a very fast speed. It has a well developed infrastructure and is still developing further. The governing body is taking many steps to provide the city with international fame.

Overall Guide : The city is also a very good tourist place. In the vicinity of the city there are numerous ancient buildings and monuments which are worth watching. The city is divided in equal halves, the renewed and the new previous; the... more ancient sculptures are mostly present in the old part. It is located on the top of a small hill thus isolating itself from the other parts of the city. There are many sky scraping towers like the tower of St. Pancras and the Elephant tower. The city also has buildings built with unique white lime stone which is a specialty of this city. The famous Cathedral of Pisa is situated in this city. The city also has many museums displaying their ancient dynasties. Cagliari is also very much famous for its fish market. Its fish market is considered the biggest of all in the entire region of Italy. Fishing is taken as the main trade in this part of Italy as a lot of fish is available for local as well as international trade. The Roman amphitheatre is also worth watching for their awesome carvings and sculptures.

Overall Guide : One of my favourite cities. People friendly. good restaurants and a wonderful old world hospitatily. The city rises from the harbour up to the old part or Casteddu which has amazing panoramic views of the whole city. A coffe or drink... more up on San Remy and then a ramble down into marina for an evening meal, what more could you ask for.
Not to be missed Basilica of San Saturnino , Roman Amphitheatre
IntroReviewListContainer-GetPartialView = 0,0156254
AdvValica-GetPartialView = 0
AdvValica-GetPartialView = 0

3
Shrine of Our Lady of Bonaria
11 Votes