City Guide about Pescara with tips and reviews by travelers. 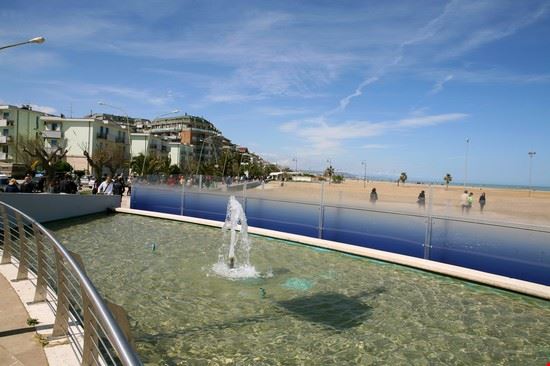 GuidePdfAppDownloadRow-GetPartialView = 0
Pescara can be described as capital of ‘Province of Pescara’; located in Italy’s Abruzzo region.
Having stood at mouth of Aterno-Pescara river, city, in actual sense, got formed in the year 1926; thereby having joined municipalities of ‘Pescara’, and Castellamare Adriatico. Creation of this city can be credited to Gabriele D’Annunzio; one of the natives of Pescara.
Pescara is said to have a ‘Mediterranean climate’; characteristic of ‘Adriatic Sea’. It is composed of rainy winters, hot summers, and extremely high humidity throughout the year. Temperature on an average comes out to be 7 degree Celsius in January; and around 24.5 degree Celsius in July. In spite of Pescara being a ‘coastal city’, climate of it is seen to be influenced by surrounding mountains.
As per census conducted in the year 2007, Pescara’s population was reported to be 123059.