City Guide about San Michele al Tagliamento with tips and reviews by travelers. 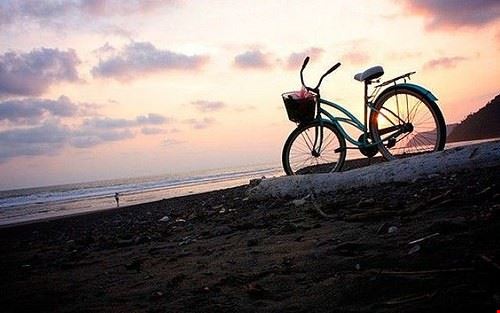 GuidePdfAppDownloadRow-GetPartialView = 0
In the province of Venice there is this town San Michele al Tagliamento it has borders with Friuli Venezia Giulia. We visited a small district Bibione in the town, it lies in midst of three districts. Among them one is covered by thick pine forest and situated along the sea side and the other district is located on the plain area, the third is very beautiful landscape that was visible while we were passing by to reach Bibione. This place is also famous for its thermal spas, one can rejuvenate their body and soul being in awesome climate and with the thermal treatment you get in the area surrounded by nature & beaches . Children can have lots of fun here with multiple options of theme parks, zoos. The beach here has fine clear sand with pine trees all around, along with all nature there are many cultural & historical sites that attracts many tourists to relax and take advantage of this charming sea side resort. When you explore the historic residences here you will get to know in ancient times Romans also used to came here for spa treatments and relaxing on seashore. The town further accepted the domain of the Serenissima Republic of Venice, who ruled here for four centuries, hence the town inherited rich customs, manned by guards, active until the Until 14th century this place was ruled by Republic of Venice, their presence here for about 4 centuries has influenced the culture they later left this town due to rising sea water levels. Then Austrian government followed by Kingdom of Italy has governed this place. We spend one entire day wandering the elegant churches in the area which includes- the Archpriest Church of San Michele Arcangelo, a contemporary and uncomplicated building, a sloping roof and a front wall having by five lancet windowpanes of diverse measurements provide a uniqueness to the church.; the classical 18th century rural community Church of San Giorgio al Tagliamento, which is made up of artistic polychrome marble work by Groppelli ; the Church of Santa Sabida in San Giorgio ;the Church of St. Thomas; the church of Saints Bellino and Mauro in San Mauretto; the Parish Church of Santa Maria Assunta; The 16th century Villa Ivancich shows the remains of World War 2 bombings, bombing destroyed bridges in the area as well as this villa of which now one can see only the remains after the bombing in World War II. The Villa Ivancich was planned by Baldassare Longhena and now a historical heritage. But it is now deserted and enclosed by weeds; one can see the prehistoric glory of end of that century. After the destruction the entire city was being reconstructrd and today it is one of the most sought after destinations for tourists to enjoy the uncontaminated beaches. This agricultural land also gives you the best organic food and the ancient tradition of cooking is still followed here.