×
Notice
This website or its third-party tools use cookies, which are necessary to its functioning and required to achieve the purposes illustrated in the cookie policy.
If you want to know more or withdraw your consent to all or some of the cookies, please refer to the cookie policy.
By closing this banner, scrolling this page, clicking a link or continuing to browse otherwise, you agree to the use of cookies.
To accept | Read more
Bergen
The whole website**

City Guide about Bergen with tips and reviews by travelers. 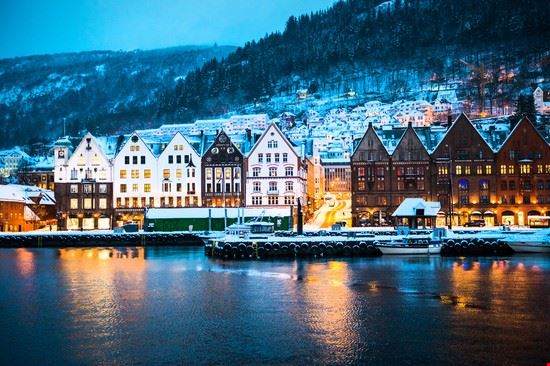 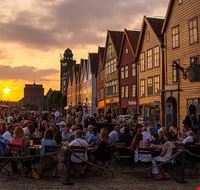 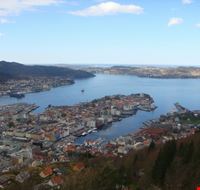 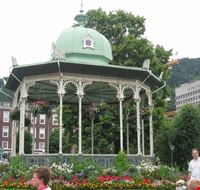 GuidePdfAppDownloadRow-GetPartialView = 0,003003
Bergen is located on the south-western coast of Norway. This city of approximately 245,000 inhabitants is the largest Norwegian port and also one of the largest ports in Europe.
The topography of the region is quite varied with some of the most beautiful fjords in the country on one side, and on the other side, the city is flanked by seven hills.
Bergen is the rainiest city with rainfall lasting for weeks together; this has earned it the title of ‘the city of rain’. At the same time it has the warmest climate in the country with the average temperature in summer at 15°C.
All through its history, Bergen has been an important centre for trade and commerce across Europe. In the recent years, it has also developed as a cultural centre by playing host to a number of festivals.

Overall Guide : Akvariet, the city aquarium, boasts of one of the most extensive collections of marine species in Europe. The Bergen Art Museum displays an extensive collection of art from Norway and other parts of the world. This collection spans a period... more of seven centuries and is housed in three buildings. The St. Mary’s Church is the oldest structure in Bergen and one of the most stunning churches in the country; especially of note is the original altar and carvings portraying various scenes. Mount Ulriken is the highest peak in the region which can be accessed by a cable car. It is popular for its numerous walking trails and panoramic views of the region. Sognefjord, the country’s longest and deepest fjord, makes for an interesting one-day trip.  Bergen hosts several festivals all year round. One of the popular ones is the Bergen Night Jazz Festival held from May–June; jazz, rock and folk concerts are held at venues all over town.

Overall Guide : A wonderful location, easily reached from Oslo with a short plane ride. You can take boat trips of varying lengths along the fjords, they are well-organized and pleasant. You can get there on your own and then join organised tours.... more The people are very friendly and welcoming. Norway, in general, is very conscious of tourists' needs.

Overall Guide : Don't miss the Fishmarket .. awesome! The city is big and beautiful (by Nordic standards) and the scenery is wonderful and relaxing. You can spend a beautiful summer here, especially if you like cooler temperatures. The only downside is the... more cost ...
IntroReviewListContainer-GetPartialView = 0,0140132