City Guide about Cuzco with tips and reviews by travelers. 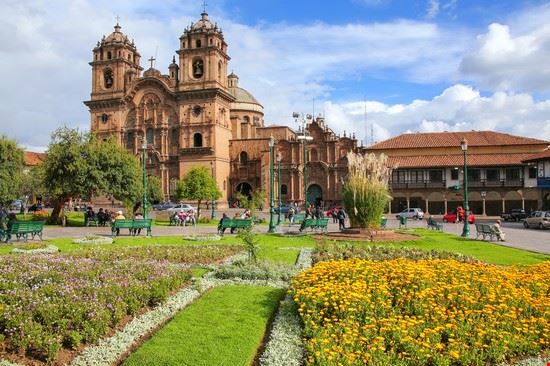 GuidePdfAppDownloadRow-GetPartialView = 0
Inca walls, colourful costumes, churches built on top of palaces, citadels lost in the Andean heights, legendary roads -all the beauty of a glorious past that enfolds the visitor who arrives in Cuzco, the sacred city of the Incas and archaeological capital of the Americas. Ever since US archaeologist Hiram Bingham discovered the citadel of Machu Pichu for the world, Cuzco has fired the imagination of thousands of travellers from all over the world who venture down the Inca Trail every year headed for the summit of one of the world's most extraordinary monuments.
The city of Cuzco, however, features many other attractions which by themselves would be enough to attract visitors: the main square, which the Incas called Huacaypata, the artisans quarter of San Blas, the Convent of Santo Domingo, built on top of the Temple of the Sun or Korikancha, the palaces of the Inca and his court, part of a long list of archaeological wonders.
There are also several circuits on the outskirts of town, which usually include the imposing ruins of Sacsayhuaman or Tambomachay. Visitors can also take part in all kinds of adventure sports and participate in the most spectacular religious festivals on the continent. Celebrations include Qoyllur Rit´i, which is held at 4,000 meters, the Corpus Christi procession and the famous Inti Raymi spectacle.

Overall Guide : With its bustling nightlife, Cuzco is also a magical city of dizzying excitement. Together with its rich archaeological legacy which is to be found on practically every street corner, its cultural scene makes the sacred city of the... more Incas the most spectacular destination in the Americas.

Overall Guide : San Pedro markets for fabulous fresh fruit juices, soups and shopping, also surrounding streets. Good quality of food in many restaurants. Great gateway and stopping point for many points of interest such as Macchu Picchu, Sacred Valley, Sacsayhuaman ... etc
Not to be missed Incan Museum , Machu Picchu: One of the Wonders of the World

1
Machu Picchu: One of the Wonders of the World
12 Votes

4
Cathedral of Our Lady of the Assumption
4 Votes

7
The Fortress of Sacsayhuaman
3 Votes