City Guide about Brasov with tips and reviews by travelers. 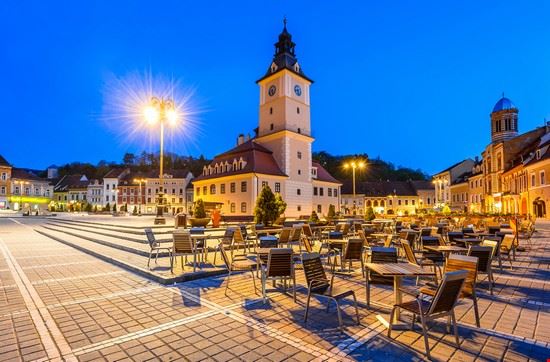 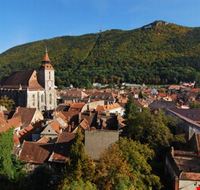 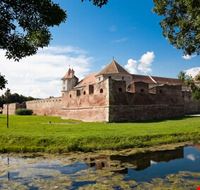 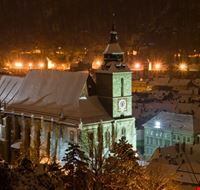 GuidePdfAppDownloadRow-GetPartialView = 0
Brasov is one of the largest and oldest cities in Central Romania and the capital of Brasov County. Nestled at the foot of the Carpathian Mountains, it is around 166 km from the Romanian capital, Bucharest. The city does not have an international airport, but there is a very good rail system connecting it to other European cities.
The average temperature of Brasov is as low as 7°C, although in summers it can rise to 30°C, albeit with chilly nights. During winters it falls lower than –7°C. The winter season is considered the best time to visit the city.
Brasov is a friendly city with a population estimated at 350,000 people. It is a well-preserved tourist destination and makes a remarkable difference from the hustle and bustle of Bucharest. It remains one of the main urban and cultural centres of the region.

Overall Guide : The city has plenty to boast about apart from the friendly people and the fresh air. You can get an impressive view of the city from the Tâmpa Hill cable car at a height of nearly 1000 m. A city... more tour can be both enjoyable and informative. Also visit the Bran Castle, which according to legend used to be the home of the infamous Count Dracula. The Peles Castle is another imposing monument which used to house the Romanian royal family and is now a favourite tourist spot. Various attractions in the city include one of the most spectacular cathedrals in Romania, the Black Church (which has a huge display of antique rugs), the Municipality Council House (which is now a city museum) and Strada Sforii (which is the narrowest street in Europe). Brasov is the gateway to the world famous Poiana Brasov ski resort, which is 12 km out of the city. The resort is equipped with restaurants, hotels, sports facilities and of course, fabulous ski slopes.

Overall Guide : Brasov is a lovely mountin city with loads of nice coffee shops, restaurants and bars. The thaditional Romanian food- sarmale and wood oven baked bread are some of the things you must try if you are in Brasov. Peles Castel... more and Bran Castle aka Dracula's Castle are not far from Brasov and worth visiting :) good luck and have fun!!!
Not to be missed Visit Black Church(Biserica Neagra) , Eat traditional romanianfood:sarmale , visit Poiana Brasov