×
Notice
This website or its third-party tools use cookies, which are necessary to its functioning and required to achieve the purposes illustrated in the cookie policy.
If you want to know more or withdraw your consent to all or some of the cookies, please refer to the cookie policy.
By closing this banner, scrolling this page, clicking a link or continuing to browse otherwise, you agree to the use of cookies.
To accept | Read more
Medina
The whole website**

City Guide about Medina with tips and reviews by travelers. 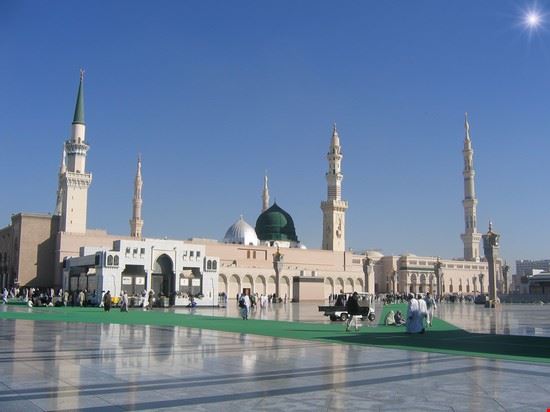 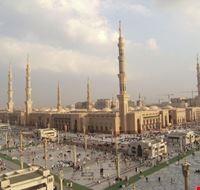 GuidePdfAppDownloadRow-GetPartialView = 0,0030026
Medina is a city whose name is certainly heard by every human at least once in their lifetime. Medina is considered as the second holiest Muslim city after Mecca. Medina is found in the Hejaz region of Saudi Arabia in its west. The city has gained utmost priority in Muslim literatures, religions and customs because it is the burial place of the great Prophet Mohammad. It was also the home for the saint during his last years. The population here is a sky-touching 13, 00,000 people. The city is guarded by an ancient wall that is around 35 feet high. The wall is present since the 12th century. The city is filled with towers, big and small. For Muslims all over the world it is a belief that praying once in the Mosque of the Prophet is equal to praying over a 1000 times in any other mosque. It is also said that a true Muslim must visit this city at least once in his life to attain salvation and freedom from all sins.

Overall Guide : I travelled there on Haj and Umrah at different times and will be back in Shallah. I found things clean, although when enroute there, we found ablution facilities disgusting, Medina was clean, peaceful, calming and I think all hotels should... more have a time board for when the Rhoda tul Janat would be open to females.