City Guide about Oviedo with tips and reviews by travelers. 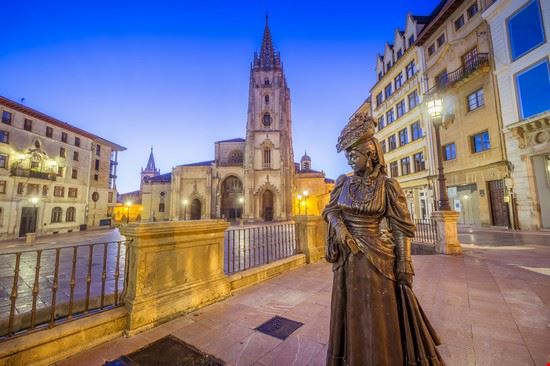 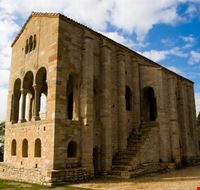 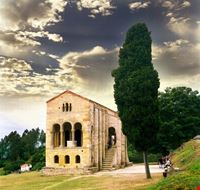 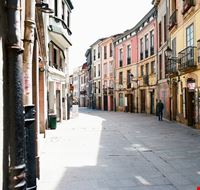 GuidePdfAppDownloadRow-GetPartialView = 0
Oviedo, capital of the Asturias municipality, is located in the northern part of Spain. Known as the commercial centre of Asturias, it is home to a number of historical sites and hosts the Prince of Asturias Awards. The city has a total population of around 200,000 inhabitants.
The city has an ideal Mediterranean climate, characterised by unpredictable rains. Rains are common is almost every season but are less frequent during summer.
The city of Oviedo is believed to have been founded in 761 AD by the monks, Maximo and Fromestano. During the Spanish Civil War in 1936, the city was the centre of the Siege of Oviedo, making the city a location of great historical significance.
The city of Oviedo, with its rich architectural beauty, has inspired several philosophers and famous writers like Ramon Perez de Ayala and Dolores Medio.

Overall Guide : The city, which speaks of its rich Asturian influence, is home to some of the most spectacular monuments and museums in Spain. Some of the most popular tourist attractions that display spectacular architectural excellence include Cathedral de Oviedo, Camara Santa... more de Oviedo, University of Oviedo, Church of Santo Domingo, Santa Maria del Naranco Hall and El Fontan Market. The city also houses a number of museums including the Diocesan Museum, Archaeological Museum of Asturias and Fine Arts Museum of Asturias. While vacationing in Oviedo, be sure to visit the Palace of the Marquis of San Felix, San Miguel de Lillo and San Julian de los Prados, most of which are national monuments.      The city also hosts a number of festivals and events of religious significance. Some of the most popular events include L’Antroxu and La Foguera de San Xuan. Local food items like Fabada, Callos, Paxarines and Sidra are highly popular.
IntroReviewListContainer-GetPartialView = 0,0156262
AdvValica-GetPartialView = 0
AdvValica-GetPartialView = 0