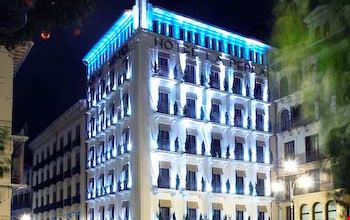 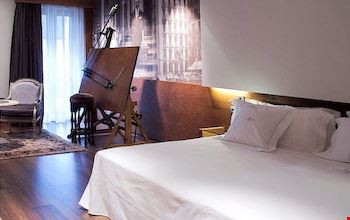 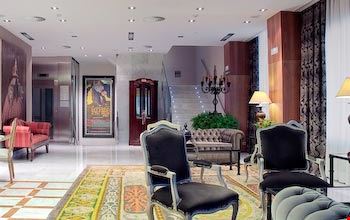 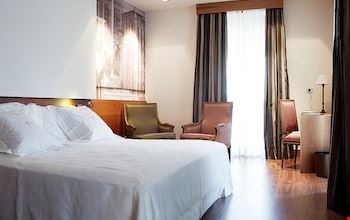 Housed in an emblematic building in the very heart of the city, the Gran Hotel La Perla is a historic 5 star hotel in Pamplona, in the area of the city where the world-known running of bulls during the San Fermín festival is celebrated. This luxury hotel has been part of the local history since it opened its doors back in the 19th century, and it has been chosen by a large number of historic figures as an accommodation for their stay in this exciting city. Celebrities such as Ernest Hemingway, Orson Welles or Charles Chaplin have slept in this magnificent building and have contributed to make it a point of reference of the historic memory of Pamplona. The Gran Hotel La Perla is also the perfect place to celebrate social events such as conferences or meetings, thanks to its four meeting rooms, each of them with its own history, completely equipped with the latest technology and decorated in harmony with the classical line of the hotel.
HotelDetailTopContainer-GetPartialView = 0,0625045
AdvValica-GetPartialView = 0
HotelDetailAmenityDescr-GetPartialView = 0
MapSinglePin-GetPartialView = 0
CommonPluginEuropeAssistence-GetPartialView = 0