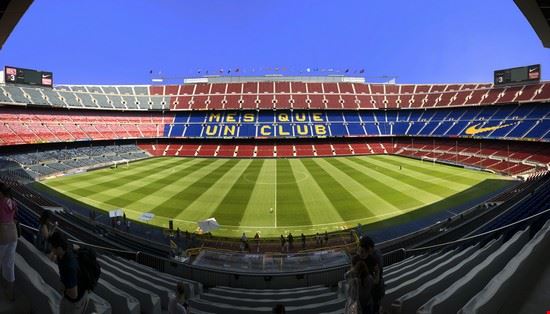 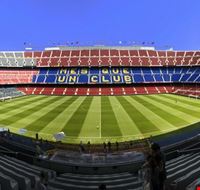 The Camp Nou is a football stadium which is situated in Barcelona in Spain. This stadium has been the home ground of F C Barcelona since its creation in the year 1957. Until 2000, it was known by the name, Estadi del FC Barcelona.  The owner and the operator of this stadium is FC Barcelona. The construction cost of the stadium was 173 million euros. Its architects include Francesc Mitjans I Miro, Philipe Pedro Agnew and Josep Soteras. The stadium has a seating capacity of 98,772 seats. Moreover, this stadium has even hosted musical performances and such non sportive events. Some of the artists who had performed here are U2, Pink Floyd and such artists.

Camp Nou stadium - a must see to all soccer fans around the world! Do spend your time there! if you are lucky, you may run into some soccer stars and you can even have a photo with them! Who... more knows! Messi is my idol but I didn't see him there! Be prepared to buy souvenirs for your loved ones back home as they would all love to have some Barca things on for sure!

Visit the FCB stadium and museum Feel the genuine passion of the FC Barcelona visiting the Camp Nou and seeing the most emblematic corners of the area
AttractionDetailReviewList-GetPartialView = 0,0156262

Do you know Barcelona? Tell us you opinion!