City Guide about Gothenburg with tips and reviews by travelers. 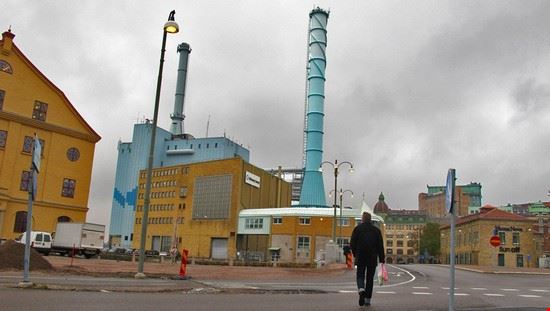 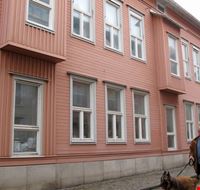 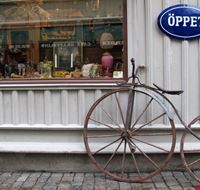 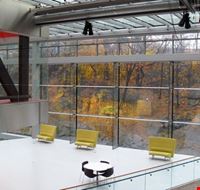 GuidePdfAppDownloadRow-GetPartialView = 0
Gothenburgh or Göteborg as the Swedes call it is on the west coast of Sweden facing Aalborg in Denmark, directly north of Copenhagen.
King Gustav II Adolf founded the city in 1621, but it was developed largely by Dutch and German city planners and canal experts.
The Göteborg region is one of the most popular tourist areas in Scandinavia. The Göteborg region is an old and exciting cultural area. There are ruins that prove that people were living here as many as 8,000 years ago.
Göteborg was intended to act as Sweden´s gateway to the west. Its position was strategic. The area around the mouth of the River Göta had been an important trading centre since the 12th century. The city was built in Dutch style, with streets and manmade canals in a well-designed system and a large square, now called Gustaf Adolfs Torg, next to the Large Canal.
Surrounded by walls, bastions and a moat, Göteborg was one of the most well defended fortresses in Northern Europe. Three of the fortresses that were built outside the city: Skansen Kronan, Skansen Lejonet and the New Älvsborg Fortress, still stand today.
The East India Company, which made Göteborg a flourishing city, was founded here in 1731. The following year, the first East-Indiaman set sail for China and returned with a valuable cargo of tea, silk and china.
The city changed dramatically during the 19th century. The fortresses were demolished and made way for the Kungsparken Park and the Horticultural Society. The city expanded, some of the canals were filled in, the harbours and quays were extended. There are various famous buildings from this century such as the Stock Exchange and the Central Railway Station.

Overall Guide : With a population of more than 600.000 inhabitants, Göteborg has everything a modern city can offer, combined with a relaxed and welcoming atmosphere. The best way to explore Göteborg is via the famous open-topped Paddan boats, which take you... more through the city and out into the harbour. Otherwise, one can easily hire a bicycle or see Göteborg on foot. There are many theatres and the music scene is flourishing. Göteborg boasts a rich diversity of cultural events and places of interest. The Poseidon statue presides imposingly over Götaplatsen square, the city's cultural centre. Many of Göteborg's 17 museums, 25 theatres and 38 cinemas are located nearby. The most important venues are the City Theatre, the Folkteatern, the Göteborg Opera House, the Art Museum and the Concert Hall, but there are also various free theatrical and other cultural shows. Most of the places of interest are within walking distance of Avenyn. They are easy to find if you go on a sightseeing tour, or take the tram and explore the city yourself. A trip out into Göteborg's archipelago is a magnificent experience whatever the season. Take the ferry from Saltholmen for the southern archipelago. You can travel free with the Göteborg Pass or pay as much as a tram ride. Vrångö, Brännö, Styrsö, Vargö and the other inhabited isles each have their own charm. Cars are forbidden in all of the islands and there are plenty of paths between genuine fishing cottages and wonderful bathing rocks. The northern archipelago includes Hönö, Öckerö and Björkö and can be reached by car ferry from Hjuvik, Hisingen.
IntroReviewListContainer-GetPartialView = 0,0156263
DestinationListNear-GetPartialView = 0
AdvValica-GetPartialView = 0
AdvValica-GetPartialView = 0

8
The Gothenburg museum of art