Information about Jet d’Eau in Geneva 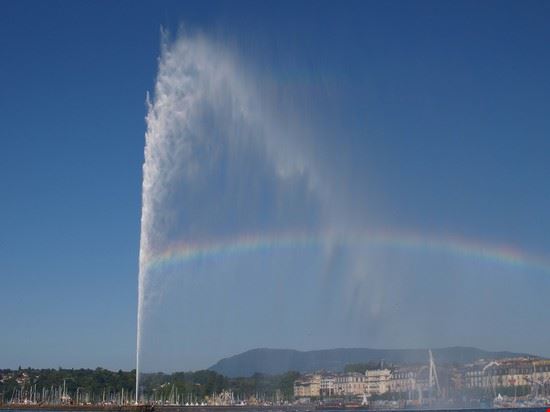 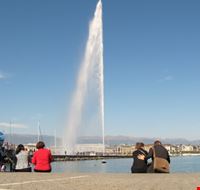 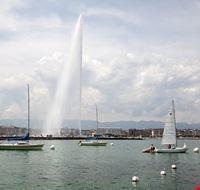 The Jet d'Eau or water-jet is one of the famous landmarks in the city. Originally, the fountain was functioning as a water supply protection valve, and today it has been transformed into a prime attraction.

The Jet d'Eau originated way back in 1891 when it was initially designed to discharge the extra water formed by Rhône River's turbine centre.

Today, the water stream shoots at 460 feet into the air. Every second, 500 litres of water rush out of the nozzle at the rate of 200kph. It is fascinating to know that each drop takes around 16 seconds to complete the journey from the nozzle tip to the lake.

Since the year 2003, the water-jet has been functional during the day throughout the year, except during strong winds or frost conditions. It also operates during the Motor Show in early March.

The place is illuminated after dark and the visitors may find themselves fully drenched if there is a little change in the wind direction.

Do you know Geneva? Tell us you opinion!