City Guide about Dar es salaam with tips and reviews by travelers. 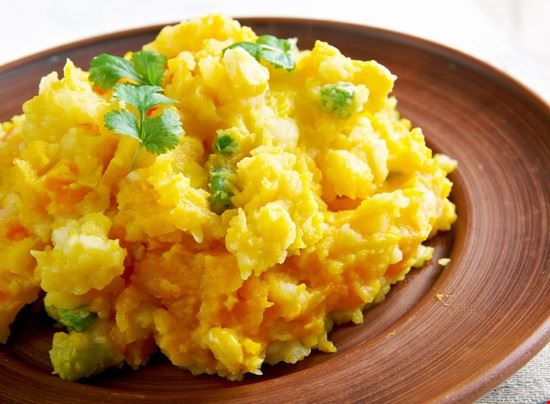 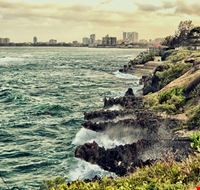 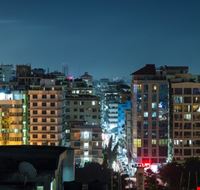 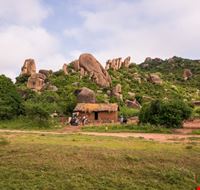 GuidePdfAppDownloadRow-GetPartialView = 0
Dar es Salaam, formerly Mzizima, is the largest city (pop. 2,500,000 est 2003), economic centre and former capital of Tanzania.
It is located on a bay of the Indian Ocean.
Dar es Salaam started life as a fishing village in 1865, when the Sultan of Zanzibar established a summer residence there. It was still a small town when German forces occupied it in 1887.
In 1891, it became the capital of German East Africa and 1961 capital of the independent Tanzania. In the early 1980s some government offices were moved to Dodoma, which had been designated to become the new capital.
Today Dar es Salaam is a pleasant city with a picturesque harbour, exotic beaches, a vibrant nightlife and interesting historical buildings.
There is also an international airport and two major train and bus stations.

Overall Guide : Very fantastic place with joyful events and happy life if you will know it exactly. The people are more cheer and funny throughout the days. But it depends how attitude and norms you have towards interacting with people, if you... more interact less you wont know how Dar es Salaam useful is. therefore you are advisable to interact with people to simplify the life otherwise life will be catastrophic to you.

Overall Guide : Despite everything Dar es Salaam is a lovely place to live in, as people here are very good. If you come across any problem on the road, there are people ready to help you. My car had many problems like Trye... more burst, fell into a ditch, or stuck in quick sand; but every time people are ready to help ..... yeah we should pay them some thing - courtsey sake

Overall Guide : I like my city, enables short rounds and alo for the directions of guest and for domicile directions daresalam is the big city in tanzania where hugely economic activities are conducted there and also where government higher service you can... more get. i love tanzania its regions and cities include bongo

Overall Guide : Dar is a very exciting typical East African city, full of life and busy people everywhere. You can buy almost evertything anywhere for little money. People are really friendly. Public Transport is a nightmare but worth taking part. You should... more know where to go or you are lost. Anyway, it's really worth coming here and stay a few days.
Not to be missed Posta (City Center) , handicraft market

Overall Guide : Hi, it's a nice place to be. Here you should come if you love nature. Since Dar es salaam is biggest city and hub of Tanzania so apart from enjoying Dar you can have easy and safe access to whole... more Tanzania and east Africa. few places to visit in dar are 1 kunduchi beach (20 kms from city centre) 2 South beach etc
Not to be missed beaches , casinos , handicraft market

Overall Guide : Dar es Salaam is one of the fast growing city in africa. It grows fast economically and socially. Every corner in Dar es Salaam there is new good builing on process. Dar es Salaam is expanding very fast due to... more high population caused by high degree of migration and low mortality rate due to improved social services.
Not to be missed national museum , dar es salaam zoo , beaches

Overall Guide : Dar es Salaam is dirty otherwise i love this place, its cool having nice places, beaches, different tribes. All makes it the best place for anyone of any tribe or race to feel comfortable, transport system moderate, weather is nice,... more I like, I cant wait to see new morogoro road ... Welcome to Dar!
Not to be missed beaches , Handicraft markets and more

Overall Guide : it is a developed city in Tanzania, with a lot of people and industries. It contains the most famous hospital known as Muhimbili Hospital. Also it has got o famous site known to its people as Bandari kuu. There also... more reach people over this place, make it to be famous in our lovely country, Tanzania.

Overall Guide : LIFE NOW IS VERY EXPENSIVE, THE WAY OF LIVING HAVE CHANGED A LOT WHICH IS SCARY, VERY SCARY FOR NEW GENERATION TO COME BUT IT'S STILL THE SAME DAR ES SALAAM BUT PEOPLE ARE THE ONE WHO ARE CHANGING THE... more WAY IT WAS WITH MONEY, CORRUPTION AND THERE NEW WAY OF LIVING BY LIVING LIKE OTHER PEOPLE.