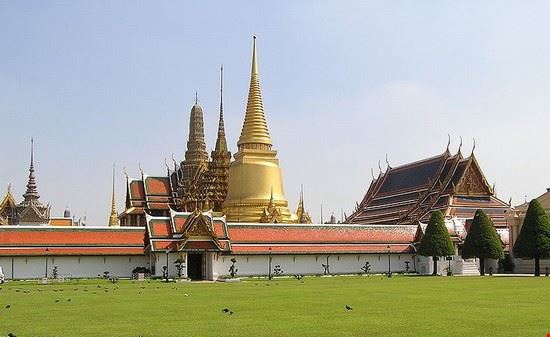 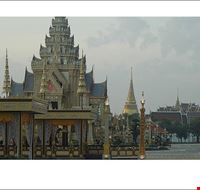 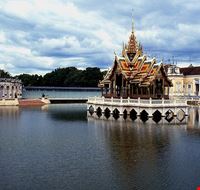 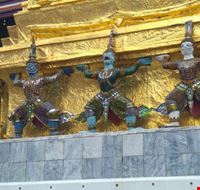 The Royal Palace, better known as the Royal Grand Place or simply Grand Palace has been in existence since its construction first started in 1782. King Rama I, after his coronation, moved into mansions built from eternal materials.

Since then, monarchs of royal family have been residing in the palace. The centrally located building in the palace, also known as Chakri-Maha-Prasat was constructed during the kingship of Rama V.

Several other generations of the royal family have expanded upon the original palace-land and while the novel palace-land occupied around fifty-one acres of space, today it has gone over sixty acres.

The Royal Palace houses several residences, halls and many other buildings. Central part of the Palace houses the Phra-Maha-Monthain, which is a cluster of buildings and it is considered to be the 1st set of buildings King Rama I constructed.

A must see. Traditional Thai architecture and beautiful gardens. Also check out the murals. Really great art. You can't go wrong. Bring water and sunscreen (and a camera of course) as it is very hot most of the time. You... more can walk to the river and take the ferry which allows a good rest for the legs and a cool river breeze.