City Guide about Bangkok with tips and reviews by travelers. 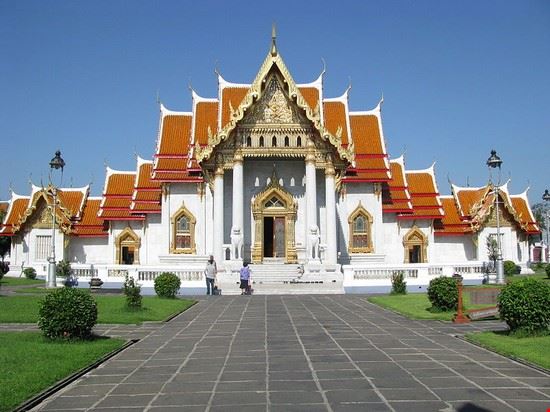 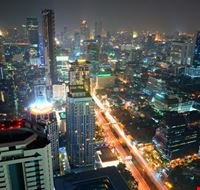 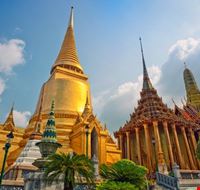 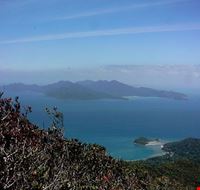 GuidePdfAppDownloadRow-GetPartialView = 0,003003
Bangkok, located on the banks of the Chao Phraya River, is the dynamic capital of Thailand. It is also the largest city in the country with about 7,000,000 inhabitants. This wealthy city, which is the 22nd most populated city in the world, receives about 15 million visitors annually.
Bangkok is characterised by a tropical climate which remains humid for a major part of the year. The city experiences alternate periods of dry and wet seasons. Dry seasons are warm with high humidity levels while it gets pleasant in the nights.
Historically, the city of Bangkok was a small trading centre which has now developed into an important economic and financial hub in Southeast Asia. Interestingly, the full name of the city is listed as the world’s longest name of a place in the Guinness Book of Records.

Overall Guide : Acquiring tailor made clothes is one of the joys of visiting Bangkok. This alone could make this city a destination point as the tailoring here is the most prolific in the world. This said, there is very little information on... more tailors in Bangkok and which ones are best. To the untrained eye the quality is the same with all of them. You have to watch out which store to use, and which not to. Below is a list of places that you could have a look at before deciding which one is the best for yourself. Remember, the key to tailored suits are fittings and time.Universal Tailors (Silom Soi 18, near Narai hotel). The owner runs the shop himself. In spite of serving multiple customers during the same time period, he offers same attention level to all the clients. The shop is located on heart of Bangkok, Silom road. They offer different range of materials (mind it you get only pure wool here) from high end to mid end. The owner has over 35 years of hands-on experience (Recommended).Romeo and Juliet Tailor's House (118 Ratchprarob Road) Clothes for both Ladies and Gentlemen. Good quality suits, and lower price. located close to Indra Square.They have been trusted in Thailand since 1975 whilst they opened in 1972. They have professional tailors working in the showroom and deliver your clothes within 24 hours. The Tailor has a big/wide selection of fabrics and colours to choose from.International Boutique House (Sukhumvit Road, Soi 11). The quality is pretty good. When buying suits you will find the same type of price difference. Nick's proves useful for the experience of a "high end" suit. This shop has all of the qualities to deliver a "bespoke" (completely original and unique to the customer) suit. The problem with Nick's is that while the tailor is present to do the measurements and cuttings, it seems he is unable to fit the suit to your personal anomalies.Also inside Sukhumvit Road soi 11 is Jhasper Fashion which does tailoring for both men and women. Offer modern suit cuts, superior workmanship, and latest fabrics. They will also take a whole lot of measurements off your body as they are quite detailed in custom making their clothes that fit customers well. For those that are looking for value for money, this is the place.Nickermann's Boutique & Thai Silk at the Landmark Hotel & Plaza , 138 Sukhumvit Road. Do not use their online shop (unless you feel daring and adventurous today, and have your measures taken by a professional tailor). Go to them in person. Why? Because they make fine clothes and already have a large and steady clientele of Scandinavian, British and German diplomats and business people. And because their prices are very reasonable - 7000 to 9800 baht for a three piece suit, depending on the quality of the cloth material.And Finally, look up the other 34 shops, including Tailor Pro on Sukhumvit soi 16, Crown Tailors on Sukhumvit soi 8, Rajas on soi 4, Savile Row Inside Rose hotel and BG Tailor (former name Bogies) in New Road near Oriental Hotel and Jhasper Fashion Custom Tailors in Sukhumvit 11.Take a look at what they all have to offer (in terms of fabric selection as well as finished suits/shirts) before concluding your decision. It's your money being spent - don't get forced to spend it until you are ready!
Not to be missed Universal Tailors , Wat Arun , Asiatique

Overall Guide : Bangkok has a host of attractions for tourists such as its cultural heritage, beautiful temples, shopping complexes, excellent cuisine, seaside resorts and much more. The Dusit Zoo is a lush recreation park with various flowering shrubs, huge ponds and boats as... more well as play areas for children. It is a place for the whole family to enjoy and revel in its pleasant scenic beauty. The Ancient City is regarded as the largest open-air museum in the world. It is an architectural masterpiece with impressive monuments and classic constructions. This place is a must-visit for its architectural brilliance. The National Museum in Bangkok is the largest museum in Southeast Asia with exhibitions on Thai art. The exhibitions also include various textiles, ceramics, royal memorabilia and ancient weaponry. The museum also houses the Buddhaisawan Chapel, a storehouse of ancient artefacts.

Overall Guide : Organised chaos would best describe the city. Helpful people and excellent food. Transport a bit restrictive for disabled persons but not insurmountable. Confusing to find decent accommodation in the right area at the right price. The Grand Palace and all... more it's satellite attractions are a must. I did not take a trip on the river but plan to remedy this when I visit in December.

Overall Guide : From temples, the Grand Palace, all the way over the some of Asia's largest shopping centers and the largest outdoor market of Asia (Chatuchak), Bangkok definitely has what it takes to entertain visitors from all origins, either first time or... more return travelers. Whilst Taxi fares are very reasonable, most of the sightseeing can comfortably be reached by Skytrain (BTS) or Underground train (MRT).

Overall Guide : Bangkok is one of the most international cities in the world. It has everything you can imagine both good and bad. Bangkok has great food, good hotels, excellent and inexpensive transportation of every sort: Boat, tuk tuk, taxi, motorbike, truck,bus,... more subway and air train. You can see the Thai capitol buildings and many old, historic temples. A trip down the Chao Phraya river is a must. Bangkok has a thriving and talented design community for fashion, art, music, graphic art, architecture and food. Make sure you go to the neighborhood night markets like in On Nut. Live music, local fashion vendors and lots of great food. Bustling markets that are the heart of Thai neighborhoods.
Not to be missed Royal Palace , Chao Phraya River , Street Markets in Bangkok

Overall Guide : Thailand is the land of smiles, should i say more, its very reasonable and good culture, its easy, sabey sabey meaning take it easy, great place to pamper your self, great island and beaches, good sence of humor and for... more the money hard to beat its getting better every day, english is know spoken, cliver interesting people, safe, what can i say try it for a month it cheaper than at home
Not to be missed Bangkok National Museum , The Bamboo Bar , Fisherman’s Seafood Restaurant

Overall Guide : Most traffic problems in this country. Travelling in Bangkok need much experiences either Bangkokians or foreigners. Traffic directions or traffic rules for each point can be changed at any time of day, e.g. rush hours to other times or from... more place to place. Get ready to face this big problems before you go out your door. Good luck !
Not to be missed Grand Palace , Flower Market , Flower Market

Overall Guide : A beautiful city which still retains wonderful temples. 10 days is not enough to visit the whole of this city where ancient and modern coexist perfectly integrated. Tip: look for accommodation close to a skytrain station or near the pier... more on the river. Don't miss out on a visit to ANCIENT CITY, which is about 20 km away from the last skytrain station.

Overall Guide : Bangkok, Thailand is the most beautiful city in the south east of Asia. The city is full of surprises and fantastic. There are difference of tourist world wide in the land of smile. Thailand is one of the greatest kingdom... more in south east Asia. The land of smile is safe, entertainment is so superb, transportation is good and the Thai food is very good. I love the land of smile.
Not to be missed Bangkok National Museum , Thailand Special Tour Packages , Temple of the Reclining Buddha

Overall Guide : Its a heaven when it comes to shopping food and massages. Accommodation wise it depends on where you want to stay since there are places to suite your budget in every way. Transportation is good again it depends on whether... more you hire a car or if you want to go out station they have a van system which is one of the best and cheapest to travel around.
Not to be missed Safari World , wat pho , Grand Palace
IntroReviewListContainer-GetPartialView = 0,0260248

2
Temple of the Reclining Buddha
10 Votes