City Guide about Cappadocia with tips and reviews by travelers. 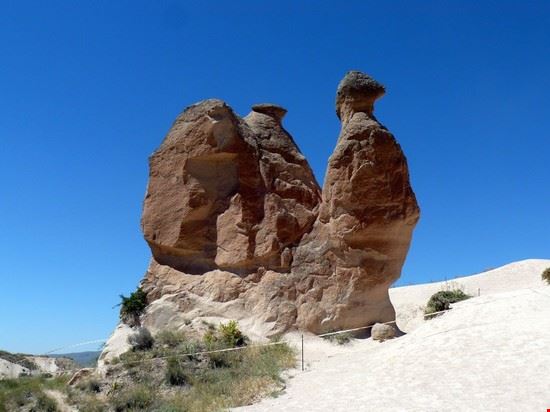 GuidePdfAppDownloadRow-GetPartialView = 0
Cappadocia is the region comprising the plains and mountains of eastern central Anatolia in Turkey. Situated near the river of Kizilirmak, the soil property of this area is characterised by red sandstone and salt deposits from the Miocene period.
With a steppe climate, the best time to visit Cappadocia is between March and October. The average temperature during summer is 23°C, whereas in winter it is –2°C.
Cappadocia is believed to have derived its name from ‘Katpatuka’, meaning ‘land of the beautiful horses’ in the Hittite language. This region has a rich historical background, having been influenced by several cultures in the past.
The southern part of Cappadocia is fertile owing to the presence of volcanic tuff and is therefore more densely populated. Cereals, potatoes, fruits and wine are the chief produce.

Overall Guide : The most popular attraction here is the Göreme National Park with the ‘fairy chimneys’—piles of volcanic stone and ash (tuffs) eroded by rain and wind to produce chimney-like structures. This area is a World Heritage Site. There are several rock-cut... more churches and underground settlements here.   A hot air balloon flight over Cappadocia is one of the best ways to revel in the magnificent natural beauty of this area. There is also facility for mountain climbing and mountain skiing at Erciyes Dagi, which is at a height of 3,916 m above sea level. A trip to this city is incomplete without visiting the Hacibektas Museum, which also houses the tomb of Haci Bektas Veli, the leading proponent of the Alawi-bektasi sect of Islam. The ‘chimney village’ hosts a Cappadocian Cuisine Food Festival every September. There is also the newly-introduced Hot Air Balloon Festival. Another popular event is the International Mountain Bike Festival in June.
IntroReviewListContainer-GetPartialView = 0,0156249
AdvValica-GetPartialView = 0
AdvValica-GetPartialView = 0