City Guide about Izmir with tips and reviews by travelers. 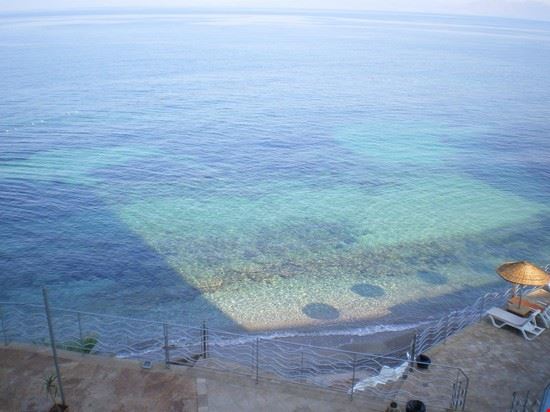 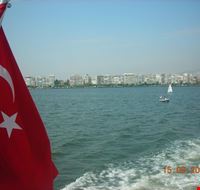 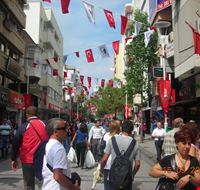 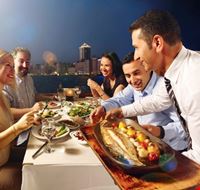 GuidePdfAppDownloadRow-GetPartialView = 0
İzmir, an ancient Lady, 5,000 years in age, is one of the most numerously inhabited turkish cities with a very efficient port, in the Aegean Sea, not far from Izmir Gulf, where live nearly 4,000,000 people.
In the 7th century  the city becomes a very important and wealthy trading centre.
In the 16th century, following to its growing importance in commerce, a castle was strategically built, to allow ships in and out the port,, and new buildings risen up to help the trading activity.
It is an  industrial and commercial hub, perfectly connected with any destination in Turkey, not far from Ephesus, synonim of propserity, great architecture, high culture and past traditions and Pergamum, two favorite archeological sites visited by hourds of tourists, every year.
At present Izmir or the pearl of Aegean as commonly known, is a bustling and modern young city, increasingly stepping into european life style, though preserving its original character and long cultural tradition!
It is a bustling and lively city featuring an international, thrilling character all year along, embellished by the contrast between the nearby mountains and  its extraordinary shoreline, such the natural perfection of the place is!
In the course of years, local cousine has strongly been influenced by its own cultural traditions, as well as its agricultural opportunities, which have greatly favoured the produce of vegetables.
Specialties are the tarhana soup whose essential ingredients are tomatoes and yoghurt; zerde, rice with saffron, keskek, meat & wheat boiled.
The climate can be considered a mild one and in summer sea breezes temper the sun's heat and get the air cooler.

Overall Guide : Among its most important events are the International Festival of Arts, between June and July, during which perform international artists, orchestras, dancers, jazz & rock bands, theatrical companies, and its International Fair, too, from August to September Sights no to be... more missed are: The Archeological Museum, in which aside the two statues of Demeter and Poseidon are preserved other interesting historical items; The Museum of Fine Arts where works of  National Artists are displayed; The Museum of Natural History, where evidences of the Aegean culture can be admired. In Baurakli is a temple to Athena and, in proximity of Mount Pagos can be admired the ruins of an astonishing castle at the time of Alexander the Great, from where an extraordinary view over Izmir Gulf can be enjoyed. It should be interesting a visit to the most antique church in Izmir, Saint Polycarp and Saat Kulesi, ottoman styled. Hisar, from the end of the 16th century, is the most antque Mosque in Izmir. But Izmir has many parks, too! Among the manies are Kulturpark, the widest green area in town, Olof Palm, a nice spot to go to and get relaxed and Muammer Aksoy, a pretty seaside area where what a great view of Izmir Bay can be enjoyed from! Not to be missed is its Birds  Protected Area for water birds, a true paradise where live several species, not far from Karsıyaka. Shopping goers will get nice opportunities in Kemeralti, good for jewelry, clothing, articrafts and more, but first class shops are to be seen in Kordon Promenades in Alsancak.

Overall Guide : Izmir is famous for its antiqueness. There is a city inside known as, “Efes Antique City” which is antique. Within Izmir, this city is a must visit place with friends or family both. Though the city is antique but it... more still stands amazing. For history lovers, it’s like an open treasure where anyone can hunt and get lot of knowledge. It’s not even costly to visit. They charge nearly $8 for parking and entrance both. What seems best is that, the local government has taken a good care of this antique city. Apart from this, “Izmir Wild Life Park” has great scenery. Park has a zoo where you can find lot of wildlife. It’s the best place of entertainment for any age group and is a best place to spend a day. Park has a great collection of animals and birds as well. Even if you come here and go for a short walk, you will feel the best experience ever.
Not to be missed Synagogue Street (Havra Sokagi) , Konak Square , Saat Kulesi (Clock Tower)
IntroReviewListContainer-GetPartialView = 0,0156263
AdvValica-GetPartialView = 0
AdvValica-GetPartialView = 0