City Guide about Huntingdon with tips and reviews by travelers. 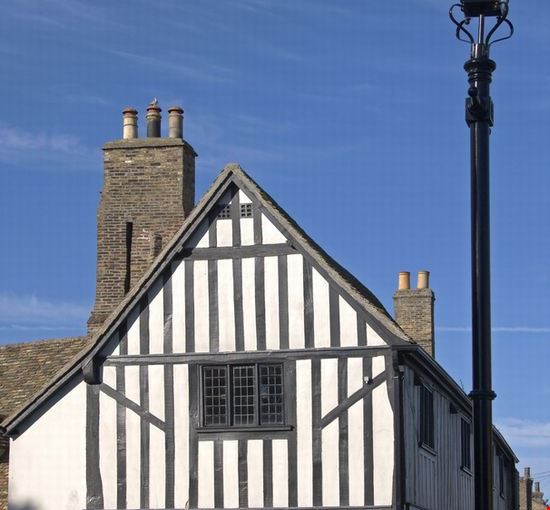 GuidePdfAppDownloadRow-GetPartialView = 0
Huntingdon lies in the county of Cambridgeshire in England.
The town was established in 1205 and celebrated its eight hundredth anniversary in the year 2005.
The population of the town is 19,830. The town does not get much rainfall but is not dry as it has a number of rivers flowing through it.
However, at times the cold winds which blow from the North Sea bring with it seasonal fogs in the areas surrounding the place.
The town became popular as the birthplace of Oliver Cromwell whose father was the son of knight. At present the town is developing rapidly with a number of businesses, retailers and industrial services.
The town centre partnership is encouraging several projects such as the Continental market which attracts a large number of tourists.

Overall Guide : Cromwell Museum is a place which was once a local grammar school which was attended by Oliver Cromwell and Samuel Pepys. A number of memorabilia and portraits of the Cromwell family can be seen in this place. All Saints’ Church... more built in the fifteenth century preserve the parish registers of St John’s church which was destroyed and has a record of the birth and baptism of Cromwell. Hinchingbrooke House in Huntingdon is a historic site which was previously occupied by a Benedictine nunnery and then went into the hands of the Cromwell family. Later the house was sold to the Montagu family who built terraced gardens in the manor. Houghton Mill built in the seventeenth century is an industrial attraction and a factory museum which has a wide collection of art, paintings, and original machinery that is still functional and also features displays of the local artists. Ramsey Abbey Gatehouse is a fifteenth century gatehouse which features an ornate oriel window and was once a part of the Benedictine monastery.

Overall Guide : Huntingdon can be a friendly place but there are certain areas that are quite dangerous. There is plenty to do and certainly areas to go. There are some areas where food is great in numbers (different restaurants or pubs) and... more there are also a few fast food areas but only around the cinema. All in all it is an enjoyable area with a friendly service.

Overall Guide : Huntingdon is boring as it is lacking in things to do for youths that is affordable that is why we get nicked
Not to be missed cinema , river , barneys fish and chip shop