×
Notice
This website or its third-party tools use cookies, which are necessary to its functioning and required to achieve the purposes illustrated in the cookie policy.
If you want to know more or withdraw your consent to all or some of the cookies, please refer to the cookie policy.
By closing this banner, scrolling this page, clicking a link or continuing to browse otherwise, you agree to the use of cookies.
To accept | Read more
Isle of Wight
The whole website**

City Guide about Isle of Wight with tips and reviews by travelers. 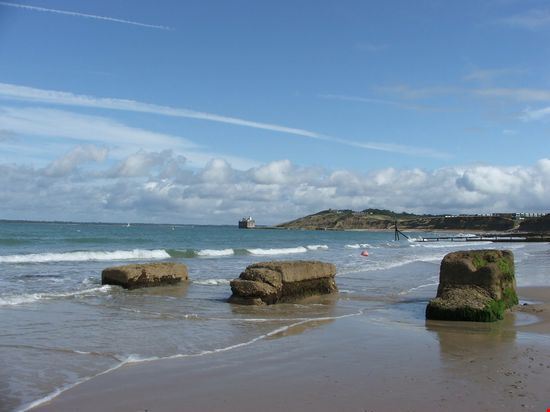 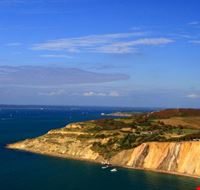 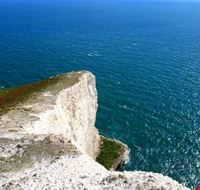 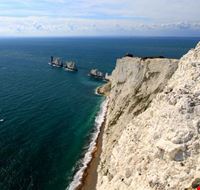 GuidePdfAppDownloadRow-GetPartialView = 0,0040043
Isle of Wight is an island county located south of Hampshire, England. This popular holiday resort is known for its natural beauty and is nicknamed ‘The Island’. The population of the island is around 150,000 inhabitants. Interestingly, the island is also one of the best fossil sites for dinosaurs in Europe.
The climate of this island is of the mild variety with pleasant temperatures all year round, making it an ideal tourist location. Winters are cool and summers have pleasant evenings, with moderate rainfall.
The island has a rich history with an equally competent economy. Manufacturing was the major activity, with the world’s first hovercraft manufactured here. Today, the biggest industry is tourism with almost a million visitors a year. It is followed by agriculture.

Overall Guide : The Osbourne House, built in an Italian style of architecture, is a major historical landmark of the island. It has been the residence of the royal family of England, and the rooms as well as the museum housed inside are... more reminiscent of the Victorian Age. Wildlife enthusiasts can enjoy a trip to the Butterfly World and Fountain World which houses a variety of butterflies and tropical birds. A separate attraction is the Fountain World, which displays manicured gardens and pretty fountains. Visitors can also attend the popular annual rock festival, the Isle of Wight Festival, which covers various musical events featuring different genres of music. The festival is attended by millions of people; stalwarts like Jimi Hendrix have performed at the event. The Amazon World houses almost 300 species of exotic animals and birds. It also houses an adventure playground and an international breeding centre which houses endangered species.

Overall Guide : Is a very cool and nice place to be for vacation
Not to be missed riding bicycle , Playing around , Work around with friend
IntroReviewListContainer-GetPartialView = 0,0120116

Destinations near Isle of Wight