City Guide about Norwich with tips and reviews by travelers. 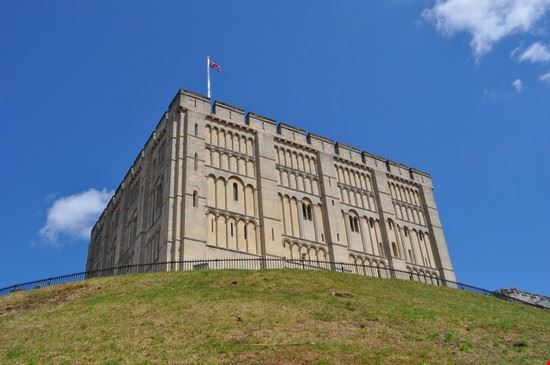 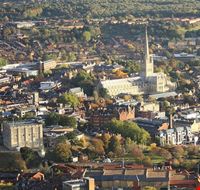 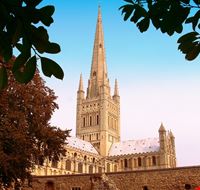 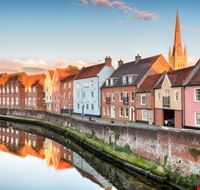 GuidePdfAppDownloadRow-GetPartialView = 0
Norwich is a county town in East Anglia, England and also the regional administrative centre of the county. The town has a population of about 128,000 permanent residents and was voted as the greenest city in England in 2006. The city has an enviable blend as an alluring cathedral city and a bustling metropolis.
The city is typified by a humid climate with warm, wet summers and cool, moist winters. Cool winds are a dominant factor which helps moderate the temperatures. Abundant rainfall is received in the city.
Dating back to the Saxon times, Norwich developed economically as well as in population size and was the second largest city in England in the sixteenth century. Today, it is one of the major retail centres in England with agriculture, manufacturing and transport being the main industries.

Overall Guide : Norwich has a lively mix of festivals, fine architecture, theatre, museums and various restaurants to entertain visitors. Also, the city’s latest possession, The Forum is the perfect example of contemporary architecture. One of the finest cathedrals in Europe is the... more Norwich Cathedral, which is a gleaming white construction and a prominent landmark of the city. The cathedral is a major religious site and displays exceptional architecture. The Norwich Theatre Royal is a 250-year-old theatre with a capacity of 1,300 people. It hosts a blend of musical and dance performances, drama, comic acts and opera. Living up to its name is the Exotic Garden which boasts of an exquisite collection of tropical plants like the bromeliads, gingers, banana plants and many more. The garden is open to public in summers when the plants are in bloom.

Overall Guide : A fine city, indeed! Try not to depend on local transportation, though. It is completely unreliable. First buses - a monopoly on all main routes through, in and out of the city - should be avoided even if one has... more to simply walk instead. The views are magnificent and worth the walk anyway, unlike buses, which are expensive and NEVER run on time, and often DO NOT RUN AT ALL for no plausible reason. Bikes are the best option in Norwich!
Not to be missed Riverside , Market place , Norwich Cathedral