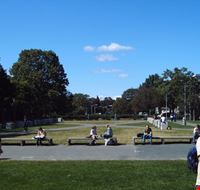 07 mar 2011 - by Alberto
Boston is a student city strong of more than 300,000 students and 50 universities in the area. On a budget visit to the city, start with Beacon Hill, the more european part of the city, where cobbled roads and red brick... leggi tutto

21 gen 2009 - by Robert
Drive around carefully in Boston as the roads are not very well lit at night and there are several places which have construction activities being carried on. Also a number of roads are one way and the maps do not... leggi tutto
ContentListPostList-GetPartialView = 0,0210201
VideoListGuideNewsletter-GetPartialView = 0