×
Notice
This website or its third-party tools use cookies, which are necessary to its functioning and required to achieve the purposes illustrated in the cookie policy.
If you want to know more or withdraw your consent to all or some of the cookies, please refer to the cookie policy.
By closing this banner, scrolling this page, clicking a link or continuing to browse otherwise, you agree to the use of cookies.
To accept | Read more
Minnesota
The whole website**

Best places to visit in Minnesota: discover the Top destinations of Minnesota

Things to Do in Minnesota: Places to see, attractions and main cities

The state has a highly educated and healthy society. Most of Minnesota’s residents have Western-European ancestry, although the Hispanic population is on the rise. The small communities of original Native Americans are merged with the influx of immigrants from Africa, Asia and Latin America.

The Minneapolis Sculpture Garden houses major sculptures, while the Walker Art Centre has some unique and bold displays of artwork. The state is home to the huge Mall of America among other attractions like the Chanhassen Dinner Theatre, the Minnesota Zoo and the Como Park Zoo with its huge glass dome. Also visit the award-winning International Wolf Centre with its educational exhibits and interactive displays.

The state has a variety of festivals and events for every month of the year. The eleven-day Minneapolis Fringe Festival is a summer event with theatre, dance and musicals, while the Aquatennial in held in the third week of July and celebrates the city’s famous water bodies. One of the largest country music festivals in the region is the three-day WE Fest which is held every August. Also worth a mention is the 10,000 Lakes Festival held every July at Detroit Lakes and the Moondance Jam classic rock festival near Walker.

2 Votes
Opened in 2006, the Minnesota Marine Art Museum took three years to complete and sits right on the Mississippi River. It is home to some of the most respected artists ...read more

1 Vote
Nicollet Mall can be described as a part of ‘Nicollet Avenue’ which runs via ‘Downtown Minneapolis’, Minnesota. At present, it is functioning as transit and pedestrian mall; along with being ...read more

Cabins on the Lake (Lake City)

Lego Imagination Center is an amusement theme park having 6,000 square feet of Lego models. Four stories of Lego await the visitors where it is fun and excitement all over ...read more 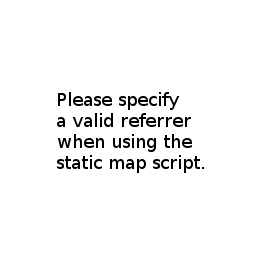