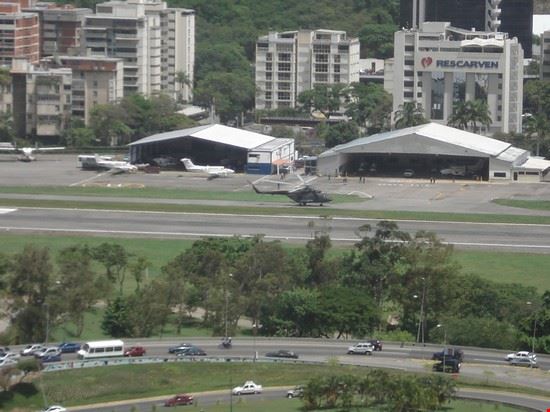 Named after a famous South American revolutionary, who managed to free large parts of the subcontinent and is considered a forerunner of Simon Bolivar, this small air base is most popularly known as Aeropuerto de La Carlota.
Bombed in 1992 during a coup attempt, the airport is officially closed to the public since 2005 and used only for military and aeromedic flights; though claims have been made that private use of the airfield is allowed for people who get individual permission from the government, this can't be confirmed.

In 2006 the mayor of the municipality where the airport is located has proposed to demolish it and build homes on the land it currently occupies.

Do you know Caracas? Tell us you opinion!