City Guide about Tiranë with tips and reviews by travelers. 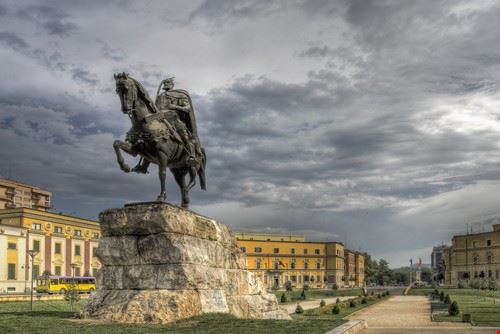 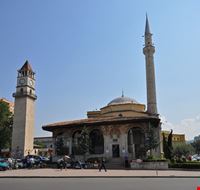 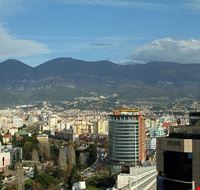 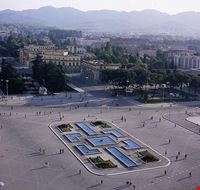 GuidePdfAppDownloadRow-GetPartialView = 0
Tirana is situated on the Ishm River in the centre of Albania, on a plain rich in water and forests. It has a Mediterranean climate, with average summer temperatures of 31C. It is not only the country’s capital, but also its, economic, industrial and cultural centre and has a population of 380,000. Its major industries include textiles, metal products, agricultural machinery, and food processing.
The area around Tirana has been inhabited since the neolithic age. On the mountainside of Dajti (1,230m) overlooking the city, are the remains of an ancient castle dating from the first century B.C., (the castle was recorded by the Byzantine historian Prokop as ‘Tirkan), part of a system of castles in the surrounding area. Tirana itself (originally ‘Teheran’) was founded in the early 17th century under the Ottoman Empire.

Overall Guide : Very cheap and worth it. But once you keep going there's not that much to do, so if you travel to Shkodra it's not that far, 1 Hour and 30 minutes to go, and its totaly worth it. Just to... more tell you the currency is Leke Not Euro. I mixed it up just dont make the same mistake :D
Not to be missed Statue of Skenderbeg